Just As He Is (In Honor of World Down Syndrome Day) 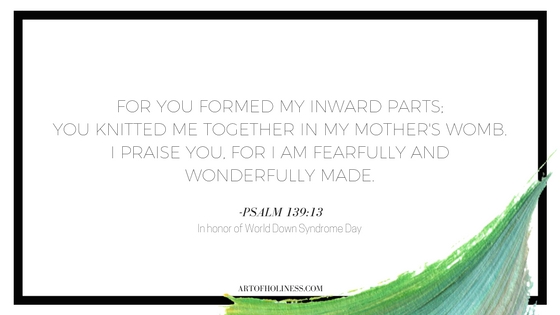 Don’t tell the others, but maybe my favorite person at Mosaic is a young man named Matthew. He is this nineteen-year-old guy with the most beautiful spirit, deep faith and amazing sense of self-forgetfulness. Most Sunday mornings, Matthew finds me with his Bible and asks me to show him what passage we’ll be in during worship. We talk briefly about his day and he always hugs me before he goes to sit down. When worship starts, Matthew is all in. Sometimes he takes a couple of laps around the worship space, running with a huge grin on his face. During worship. While everyone is watching. He just runs. The energy that follows him is pure joy. It would be impossible to take offense; he has that way about him that disarms you. Sometimes we will pray over someone in worship — someone leaving or starting a ministry — and when I call for the congregation to join me in prayer, Matthew always comes down and lays hands on the person and prays over them. Long ago, he distinguished himself as a person of prayer. He regularly prays with folks at the end of the service. I love that guy. I love his faith. I love his passion for life. I love all the things that make him … Matthew.

And Matthew happens to have Down Syndrome. I know that makes his life a challenge, both for his parents and sometimes for him (though I’m not sure he really cares). He has physical issues connected with his condition, and he sometimes doesn’t understand why things have to be as they are. That can be frustrating. But on balance, Matthew’s life is way more positive than challenge. His parents and sister know Matthew is a blessing they’ve been given in this life, just as he is.

Matthew’s father, Randy, shared the following testimony a couple of years ago. I’m posting it today in honor of World Down Syndrome Day, and in honor of Matthew whose faith inspires me. In the end, Mattie, I’ll be honored to be able to say I was your pastor and you were one of us.

I want to talk to you about the value of life. Our work here is not to judge another person’s life or choices. It is not to make anyone feel shame or guilt. I am too aware of my own short-comings to do anything other than share my own experience.

I do hope to affirm that there is no shame in Christ. There is only grace and love, and that holds true for all of us.

I want to talk about abortion — specifically the selective abortion of babies with a prenatal diagnosis of Down Syndrome. This is a fact: There is an epidemic among Down Syndrome children. I want to share some statistics about that but to do so, I have to begin with our family story.

We have a son with Down Syndrome. His name is Matthew and he is a gift from God. Laura and I did not know Matthew would be born with Down Syndrome before his birth. We weren’t one of those couples who wrestled with that decision of what to do with a prenatal diagnosis because Matthew wasn’t tested for Down Syndrome. That said, I am confident we would not have chosen to abort our child.

And that is what Matthew has always been for 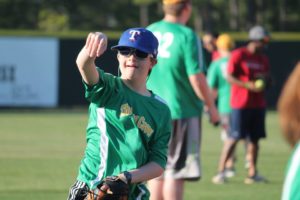 Not a fetus. Not a specimen or a nondescript “unborn life.”

From the day we knew we were pregnant he has always been our child. Whatever else Matthew’s status was, he was and is first and foremost our child. Our son. Our gift from God.

Matthew has Down Syndrome. The clinical name for it is Trisomy 21. Simply put, that means that instead of having two “number twenty-one” chromosomes, Matthew has three. I think it is amazing that the thing that makes Matthew different is so small you have to use a microscope to see it. But that tiny difference is profound and for some families, it is devastating.

I understand. When we were first told Matthew’s situation, all we could see was the bad. We had the shock of the doctor telling us Matt had Down Syndrome as well as some other serious medical issues. We were also given some misinformation — for instance, that Matthew wouldn’t live past his twenties, and wouldn’t have sense enough to get out of a burning building.

Yes, a doctor actually told us that.

In fact, Matthew was nine days old before anyone even told us congratulations.

Matthew was born four weeks early with two heart defects, an enlarged spleen, and was jaundiced. When he was three days old, he went into congestive heart failure and had to be placed on a ventilator. It was touch-and-go for several days but he came through. At the time we were not active in our faith but we can look back and see God’s hand at work.

We came home on Matthew’s original due date.

What I can share all these years later is the story of a strong, loving family that has experienced more than its share of goodness, joy and love. We’ve had birthday parties and we celebrated the first day of school. We played at the park and went trick-or-treating. We opened presents at Christmas and hunted eggs at Easter. Matthew helped me in the yard and played sports.

In fact, Matthew has a gold medal in softball skills at the state Special Olympics, along with two golds in track and a silver in basketball. Dads, I promise you couldn’t be more proud than I am of my son’s accomplishments.

This is what the Bible teaches me about our son — and about both our children, in fact:

For you formed my inward parts;
you knitted me together in my mother’s womb.
I praise you, for I am fearfully and wonderfully made.
Wonderful are your works;
my soul knows it very well.
My frame was not hidden from you,
when I was being made in secret,
intricately woven in the depths of the earth.
Your eyes saw my unformed substance;
in your book were written, every one of them,
the days that were formed for me,
when as yet there was none of them.
— Psalm 139:13-16

Do we believe this scripture? As Christians, we must. Without this truth, what gives value to life? Does life only have the value or lack of value we place on it? If so, then choosing abortion becomes an easier decision. If the quality of my life has more value than the life of a child, then I will make my choices based on that belief. If I make my decisions based on pure emotion — on how this life will affect me or on what loss I’ll feel when I’m told my child might have Down Syndrome or some other health issue — then a dark wall goes up and it is very hard to see through that wall.

The only thing I will see or feel is loss and hurt. 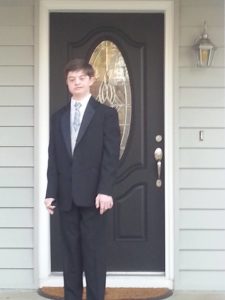 But if I believe all life has value and that value is given — thankfully! — by God and that we are all beautiful in his eyes and that every life is a precious gift from God, that changes everything.

Laura and I thank God for good medical care. We’ve all needed it over the years. But medical care can’t define for me what makes a life. And prenatal testing that is presented as medical care is creating an epidemic. The dictionary meaning of “epidemic” is “affecting or tending to affect a disproportionately large number of individuals within a population, community or region at the same time.”

A recent study by Gert Gegraff, Frank Bucklya nd Brian Skotco, published in the Journal of Modern Genetics, contains some startling facts from Europe. Between 2008 – 2012 (taking into account the 35% diagnosed after birth) there were 4288 live births, 231 natural fetal deaths, and 5215 terminations of children with Down Syndrome.

That means more than 65% of children with Down Syndrome in Europe were killed in a four-year stretch because of a chromosome disorder.

In the United States, abortion after prenatal testing has reduced the Down Syndrome population by 30%. That means there are at least 30% fewer children like Matthew in our country, just because they are like Matthew. And that number only reflects the population of living children. The abortion rate is likely higher than 30%. One study puts it closer to 67%.

Does this seem like an epidemic to you? If there were any other group of people who were being — quite frankly — killed off at that rate it would be called genocide. Countries have gone to war to stop genocide.

How many of the rest of us can say that?

I have wanted to share our experience of raising a child with Down Syndrome, being open and honest and sharing the good along with the bad — although the good far outweighs the bad. But the most important thing to us is watching Matthew grow up in a church family. Watching his faith grow, hearing people say how much he has helped them … that has been priceless.

I do not know the extent to which Matthew understands his faith, but what I do know is that he has faith and that God uses him in ways I can not comprehend. His faith and how he uses it is obviously something pretty special between him and God.

Dr. Adrienne Asche, a disabilities rights activist who was herself blind from birth, once wrote, “The only thing prenatal diagnosis can provide is a first impression of who a child will be. Making such a radical decision as to end the life of a child based upon a first impression is a most horrible and violent form of discrimination. It has no place in an American society that is committed to ending discrimination in any form.”

When I think of M 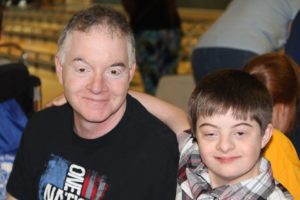 atthew’s life, the lives he has touched and how the world is a far better place with him in it, I can only imagine how much better the world would be if all the lives lost due to abortion were given the chance at life