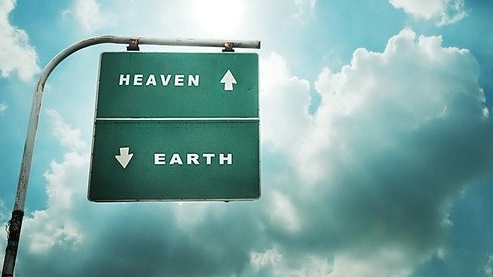 Following is an excerpt from John Wesley’s sermon, “The More Excellent Way.” This excerpt is included in a series of selections from sermons of twelve spiritual fathers, that can be found (free of charge) on Seedbed’s website. I post this today as a word of encouragement for those considering the role of money in life as Tax Day approaches. No one understood Matthew 6:20 (“Store up your treasures in heaven”) better than Wesley. What if Wesley (and Jesus) were actually right about money?

There is one point that still needs to be considered, that is, the use of money. Specifically, we must ask ourselves, what is the way that Christians generally tend to use money? And is there not a more excellent way?

Generally, Christians tend to set apart something yearly for charitable uses perhaps a tenth or even one-eighth of a part of their yearly income or salary. I have known very few people who, like Zaccheus, have said, Lord, half of my goods I give to the poor. O, how pleased God would be to see an increase in such friends of humankind, such benefactors!

In addition to those who have set a standard amount of giving, there are thousands who give large sums of money to the poor, especially when a compelling and heart-moving story or situation arises before them.

I praise God for all of you who do this. May you never grow tired of doing such good! May God restore in your heart seven times more than all that you have given! However, let me still show you a more excellent way.

Blessed to be a blessing

God is the owner and giver of all things in heaven and earth. You may consider yourself as someone to whom God has given some of his goods, that you might give those goods away according to his direction. His direction is this — that you should see yourself as one of a certain number of needy persons who are to be provided for, and you should do it out of only a portion of the goods he has given you. You have two advantages over everyone else: one, that it is more blessed to give than to receive; two, that you are able to serve yourself first and then others. This is the light with which you are to see yourself and others. To be more precise, if you have no family, after you have provided for yourself, give away everything else that remains so that each Christmas your accounts may clear, and wind your bottom round the year.

Treasures on earth, treasures in heaven

If you do have a family, seriously consider before God how much each member needs for life and godliness. In general, do not allow them less and do not allow them more than you allow yourself. This being done, make it your purpose to gain no more. I charge you in the name of God, do not increase your standard of living! As it comes daily or yearly, allow the extra to go. Otherwise you lay up treasures upon earth. Our Lord forbids this as flatly as he forbids murder and adultery. By storing up such treasures, you would be storing up wrath against yourself for the day of God’s wrath, when his righteous judgment will be revealed.

But what if it was not forbidden? How can you, on the basis of reason, spend your money in a way that God may possibly forgive, instead of spending it in a way that he will certainly reward? You will have no reward in heaven for what you lay up. You will have a reward for what you lay out. Every pound you put into the earthly bank is sunk. It brings no heavenly interest. But every pound you give to the poor is put into the bank of heaven, and it will bring glorious interest. Indeed, it will accumulate for all eternity.

Who then is the wise person, and who among you is endowed with wisdom? With the Lord’s assistance, let that person resolve on this day, in this hour, in this moment to choose from what is stated above the more excellent way. Let that person steadily keep to the way with regard to sleep, prayer, work, food, conversation, and amusement. And may it especially be true in regard to the employment of that important item, money. Let your heart answer to the call of God: From this moment, with God as my help, I will lay up no more treasures on earth. This one thing I will do, I will lay up treasure in heaven. I will give to God the things that are God’s. I will give him all my goods and all my heart.