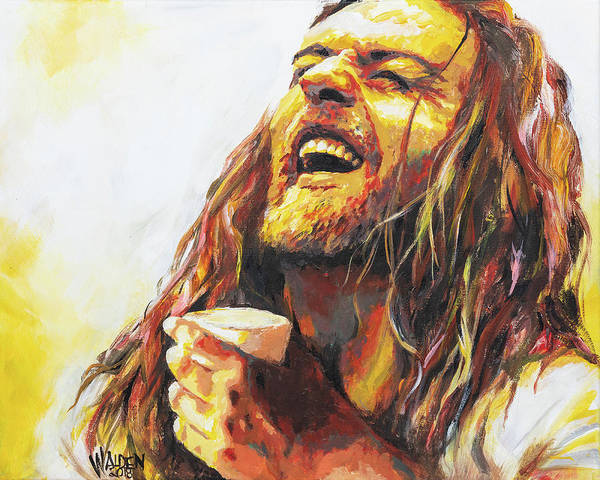 Last week, I spoke at the Aldersgate Renewal Ministries’ annual gathering. As a Spirit-filled movement within (and now, beyond) the United Methodist Church, Aldersgate has been around for decades. People come from all over for their annual gathering. I have not been a regular attender, but am deeply appreciative of their work. I was there by invitation last week, and I want to tell you about the beautiful work God did while I was there.

It began for me at dinner, before we ever got to a worship service. I ate with Rusty Freeman and Kevin Watson, both of Truett Seminary (Baylor University). After dinner, Kevin asked if he could pray over me and in that prayer, he spoke a word into my life that ONLY the Holy Spirit could have known I needed. It was an amazing word — a healing word. I was so grateful for that work. I had no idea more was to come.

At the end of the opening service, I decided to get more prayer. The line for the prayer ministers was long so I waited a while, then decided to leave. But just about the time I had that thought, Bishop Jonathan Holston (United Methodist bishop of South Carolina’s Annual Conference) came striding toward me with arms wide open. When he reached me, he enfolded me into this huge bear hug as he began to pray over me in tongues. He laid hands on my head and continued to pray in both English and the language of Heaven. I was deeply moved by the moment. But there’s more.

As Bishop Holston prayed, I got laid out in the Spirit. Fell straight to the ground. And while I was on the floor, there in that liminal space, my brain said to my body, “This is the funniest thing I have ever heard of. I just got slain in the Spirit while being prayed over by a United Methodist bishop. This is crazy!”

And I started to laugh.

Have you ever heard of a phenomenon called holy laughter? It was a common manifestation of some of the bigger revivals, like the Welsh Revival, and the first Great Awakening. John and Charles Wesley encountered it, even discussed it once and came to the conclusion that it might well be demonic. But then it hit Charles one day. And then John. Now what do you do with your misgivings when you’re the person who gets hit with holy laughter?

I’ve asked myself that same question. What do I do with manifestations like these that are not my culture, when I’m the one whose been hit?

I suspect this is what the Kingdom of God is like. It is like a thing that works in ways that aren’t necessarily logical or reasonable or even knowable. It is a relationship with mystery. It is something you do, sometimes with a blindfold on, and always with a deep trust that what’s happening under the surface will eventually bear fruit.

Kevin Watson (who is a Wesley scholar) says that Wesley saw all those unusual spiritual manifestations of the Holy Spirit through the lens of fruitfulness. Does it bear fruit? Does it bear fruit that lasts? Not just temporary, but enduring and influential? Does it advance the Kingdom of God?

Because the in-breaking Kingdom of God is the whole point.

I can also tell you that since about December, I’ve been going through a pretty rough emotional patch, and haven’t known how to get out of it. One day last week, I remember thinking, “I can’t remember the last time I laughed.” It has been months. But Thursday night, someone scattered some seeds of prayer in my direction, and I laughed. A lot. And somewhere in the middle of that laughter, I heard, “Its over.” I believe that word was a word of healing, and that laughter was a sign of healing… a gift of God.

And I can’t tell you why that happened to me and might not ever happen to you (if it has never happened to you). I don’t know. I can’t tell you why in general why God heals some people and not others, or how his timing works. He so rarely seems to answer at the moment that we ask. And so rarely seems to answer the questions I ask, even when sometimes I’m begging for an answer. All I know is that even if I can’t answer all the questions, I trust God is in moments like this. And I believe that somehow in the telling of my story, the Kingdom of God grows. In its time, in its way. All mystery, and all gift.

The image leading this post is called “Laughing Jesus” by Rochelle Walden. 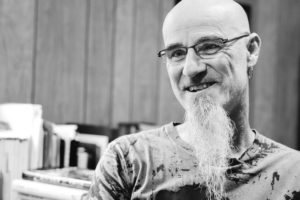 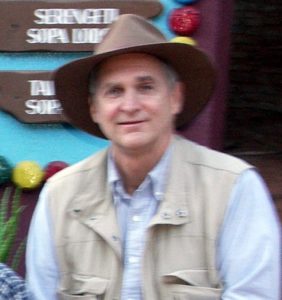 A Year of Sweet Communion

@KeithMcilwain So impressed that you found this, Keith. And humbled. And grateful. Thank you.