Abortion and gender selection (or, what it means to choose death) 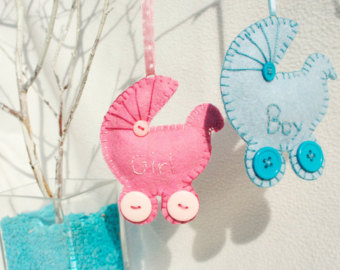 (This post is part of a series first published on this site last year. I am republishing in recognition of Planned Parenthood’s 100th anniversary in October.)

The thief comes only to steal and kill and destroy; I came that they may have life, and have it abundantly. – John 10:10

People involved in the eugenics movement of the early 1900s when Margaret Sanger (founder of Planned Parenthood) was involved believed some groups of people should be controlled through segregation, sterilization, birth control and abortion. That was at least partly Sanger’s motivation for advocating for greater access to contraception and eventually abortion. Those ideas sound barbaric today but in the 1920s, there was some support for using technology to improve the human race through selective abortion.

Ironically, today’s Planned Parenthood considers itself an advocate for women’s health. It is ironic because while it purports to allow women a choice in giving birth, it supports and even promotes a practice that targets and endangers girls. Every day, all over the world, people hit the delete button on a life when they hear these words: “Its a girl.”

A remarkable documentary by that name details the stories of women around the world who have either chosen abortion or have chosen life for their daughters against the tide of culture. “In India, China and many other parts of the world today, girls are killed, aborted and abandoned simply because they are girls. The United Nations estimates as many as 200 million girls* are missing in the world today because of this so-called gendercide.”

China has somewhere between 20 and 40 million unmarried men due to selective abortion, which leads to all kinds of other gender-related abuse. Crime rates, bride trafficking, sexual violence, and even female suicide rates have risen in areas where the female population has dropped.

Why are we doing this to ourselves? Blame it in Genesis 3. Ever since the fall, we have turned partnership in hierarchy, creating an age-old preference for males. In countries that also value smaller families, that preference results in a culling out of female babies, excelerating the rate of gender-specific abortions. It is a choice in which we all participate when — in countless subtle and not-so-subtle ways — we make our own daily choices to value boys over girls and then transfer those messages to the children in our lives.

I am blessed to know so many girls and women who are stunningly brilliant, stunningly good, stunningly compassionate. I can’t imagine a life without my daughter in it. Who can fathom a world without Mother Teresa’s story, or Harriet Tubman or Rosa Parks? But here’s the thing: our decisions about life can’t be based on the person we know and like. As long as we base our decisions subjectively on what makes us happy or what is convenient or who we like or what culture will accept, we are missing the mark.

Clearly, there is a war on life in our world and it is most certainly a spiritual war. We devalue health in favor of immediate gratification. We devalue lives based on appearance, IQ, gender, or even difference of opinion (do I think someone who doesn’t vote like me or believe like me is as valuable as I am?).

We forget that the value of every life is one. Every life. Every human body. Every soul.

That means throwing baby showers for single women far more often than I’d like and toeing the line on what holiness means in unmarried relationships. It means honoring the questions, too, and the suffering caused by shattered dreams.

It also means that when I look at you — in all your messiness — I am challenged to see you as your Maker does. I am expected to develop eyes that see what God sees when he looks on his children.