Abortion, choice and what makes a life 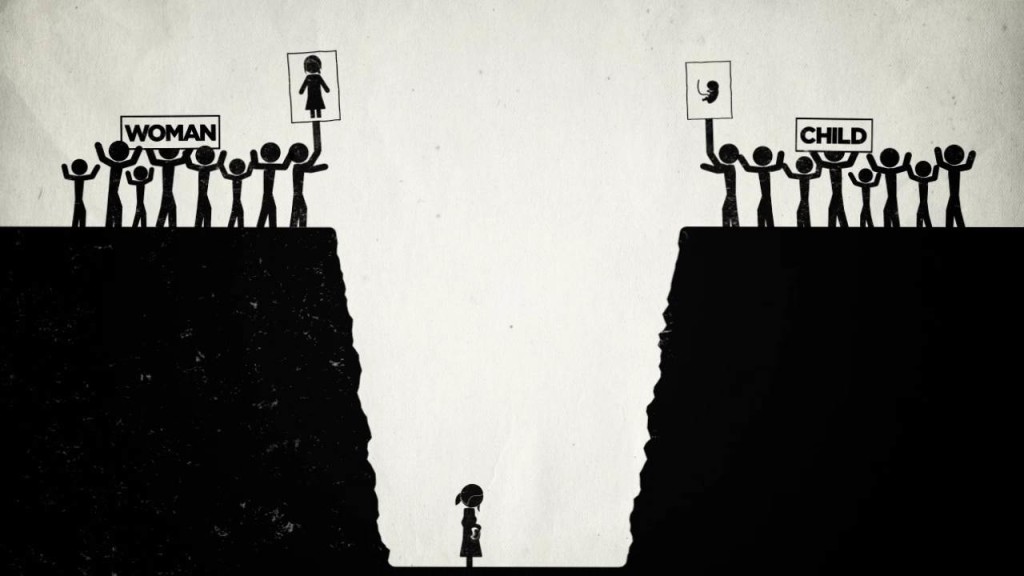 (Several years ago, I posted a series of blogs on the issue of abortion. I am reposting them now in light of the news this week that Roe v. Wade may be overturned. May these thoughts help in your discernment of the issue.)

Those were the words on a note handed me by a young woman who walked into our church desperate for counsel. For three years, she said, she’d been working in an abortion clinic, rising in the ranks to the place of managing several clinics in Georgia for an owner in Tennessee.  The day she came to see me, she’d decided she was done and wanted help getting out. What she knew put her in a dangerous place; walking out wasn’t as easy as just walking out.

I’m remembering that conversation and all we did to help (we put her in touch with folks who helped her begin a new life) as I note the 100th birthday of Planned Parenthood earlier this year.

In light of that, I’d like to spend a few paragraphs discussing what I know about abortion and believe the Bible teaches.

For those who may not have a good sense of the history of abortion in America, let’s look at the highlights:

1869 – Pope Pius IX announced that abortion at any point in pregnancy was cause for excommunication. That’s when the Church began to say with authority that life begins at conception.

Around 1900 — Laws against abortion in the United States first appeared.

1916 — Margaret Sanger and her sister opened the first birth control clinic in Brooklyn, New York. Sanger was the founder of Planned Parenthood.

January 22, 1973 –– the U.S. Supreme Court handed down its landmark decision in Roe v. Wade, recognizing the constitutional right to privacy and a woman’s right to choose abortion.

Planned Parenthood is by far the most influential voice in the pro-choice movement. While most people today associate Planned Parenthood with women’s rights, most are not aware that Margaret Sanger, the founder, was actually a student of eugenics. That was a sort of popular movement back the 1920s. Eugenics is about breeding. It is the idea of controlling population by breeding out ( I’m actually quoting from someone Sanger followed) “the physically unfit, the materially poor, the spiritually diseased, the racially inferior and the mentally incompetent.” People involved in the eugenics movement of the early 1900s, when Sanger was involved, believed these groups of “inferior” people should be controlled through segregation, sterilization, birth control and abortion. And that was at least partly Sanger’s motivation for supporting contraception and eventually abortion.

Today, Planned Parenthood clinics still reflect that bias. You will almost always find them (76% of all clinics) located in economically depressed areas of a community and particularly in areas where minorities live. The second largest abortion clinic in the world (like an abortion super center) is in Houston, Texas, in a neighborhood that is 85% Hispanic and African-American.  That should be a concern, especially given the soil in which this organization is rooted.

How do we understand these things in light of the Bible?  Let me give you a few starting points:

God creates life. God has allowed the killing of animals since the fall, but we’re not animals. We have God’s spiritual DNA. Genesis 1:27 says, “God created human beings in his own image, in the image of God he created them; male and female he created them.” Life is sacred because we bear a spiritual likeness to our Daddy. Every human being has life because God chose to give it.  Surely that’s worth more than $335 a person, or $20 for a part.

Human life is under God’s care and control. Psalm 139:13-16 says, “You created my inmost being; you knit me together in my mother’s womb. I praise you because I am fearfully and wonderfully made; your works are wonderful, I know that full well. My frame was not hidden from you when I was made in the secret place. When I was woven together in the depths of the earth, your eyes saw my unformed body. All the days ordained for me were written in your book before one of them came to be.”

God is involved in our lives from the moment he calls us into being, and is making plans for us even before we’re born. We are under his care.

Jesus came to give abundant life. God is always on the side of life. Jesus said, “The thief comes only to steal, kill and destroy, but I have come that they may have life, and have it to the full” (John 10:10).

Choose life. In Moses’ final instructions words to the Israelites, he pleaded with them to “choose life” (Deuteronomy 30:19). Surely this word was more deeply prophetic and more deeply eternal than the man who first uttered it could have imagined.