Abortion, Ethics and the Church 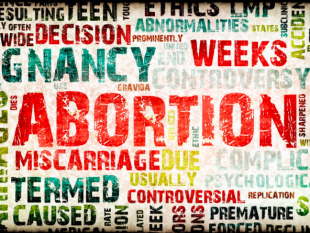 (This post was first published on this site a little more than a year ago. I am reposting today in recognition of Planned Parenthood’s 100th anniversary earlier this month, and in recognition that many are weighing the ethics of abortion as they make voting choices on November 8th.)

I once listened and prayed as a woman whose father was pressuring her to have an abortion weighed her options. She was young, unmarried and dating a man of another race. I encouraged her to choose life. She went on, despite her father’s protests, to give birth to a child with severe deformities. That child died within months of birth. Was my opinion justified?

In other conversations, I have listened as women who have had abortions suffer, years later, with guilt and shame. I’ve listened as couples talk about how spiritual and emotional wounds inflicted by a past abortion affect every aspect of marriage. I’ve never been asked to counsel the women who had no post-traumatic stress from the effects of an abortion but I’ve counseled plenty who did.

Morality and the sanctity of human life: The fundamental issue has to do with the nature of life itself. Pro-life supporters believe life begins at conception, in which case abortion is murder. Pro-choice supporters see abortion as basically the same as any other form of birth control, with an emphasis on the right of women to make their own choices. While the core issue is often framed in the form of the question, “When does life begin?” those who support the right of a woman to choose don’t count that unborn life as having a vote while it is still part of a woman’s body.

Separation of Church and State:  Is abortion a religious issue or a legal issue?  The answer to this question determines whether or not the State can be involved in its legalization and funding.  The question has resurfaced in recent years as companies like Hobby Lobby and The Little Sisters of the Poor protest the federal mandate requiring that they provide birth control, abortion and sterilization services as part of their insurance packages.

Dangers of illegal abortions: Before abortion was made legal, there were countless stories of women who suffered and died from illegal abortions. That’s no longer the case, at least in the United States. Ironically, in countries like India where abortion is not only available but encouraged as a gender selection tool (this is the case in many countries that favor boys over girls), countless women are physically damaged by legal abortion procedures.

Effectiveness of restrictions: Because abortions have always happened whether they were legal or not, many acknowledge that even if it were made illegal, people will still do what people will do. That argument, however, largely rides on a culture of shame. For instance, being single and pregnant in America in 1950 is wildly different from being single and pregnant in 2016.

Tactics: This part of the debate has to do with how the two sides — especially the radical activists on each end of the spectrum — seek to make their points. When clinics are bombed and doctors are killed or when the rhetoric becomes hateful, threatening or bullying, no one is helped.

Women’s Rights: For pro-choice activists, this is about women having the right to do with their bodies as they see fit. For pro-lifers, the issue is about making the kinds of choices that are just and that help to build a stronger, more loving society.

What does the Church say about abortion?
Roman Catholics and Southern Baptists may well be the most outspoken opponents of abortion. Both groups believe and teach that human life must be respected and protected absolutely from the moment of conception and that a human being has all the rights of a person even before birth, whatever the circumstances of conception.

The United Methodist statement on abortion reads:  “Our belief in the sanctity of unborn human life makes us reluctant to approve abortion. But we are equally bound to respect the sacredness of the life and well-being of the mother and the unborn child. We recognize tragic conflicts of life with life that may justify abortion, and in such cases we support the legal option of abortion under proper medical procedures by certified medical providers … a decision concerning abortion should be made only after thoughtful and prayerful consideration by the parties involved, with medical, family, pastoral, and other appropriate counsel.”

I strongly disagree with the United Methodist statement on abortion. Abortion is not an ethical choice and I cannot conceive of a “tragic conflict of life with life” that would justify it. All life is sacred, and a person who engages in life-creating behavior enters into a sacred process. We are not given license to pick and choose which children come into the world. That was never our charge.

The alternative, then, is to receive life as a gift in whatever way it happens. It means throwing baby showers for single women far more often than I’d like, and toeing the line on what holiness means in unmarried relationships.  It means honoring the questions, too, and the suffering caused by shattered dreams.

Moses had a habit of railing against God when he got frustrated with the children of Israel.  Once or twice, God offered to wipe them off the face of the earth and start over. Those offers always brought Moses back to hopefulness.  “Aren’t these your children?” he would plead with God. At the end of the day, no matter how much suffering was involved, Moses settled on the side of life. And maybe that’s why, in his final days, he pleaded with God’s children to weigh blessings against curses, death against life. Moses cry is surely from the heart of God: “Oh, that you would choose life!”

Oh, that those who support and even profit from the abortion industry would hear Moses’ cry to choose life and in so doing, recover their own.