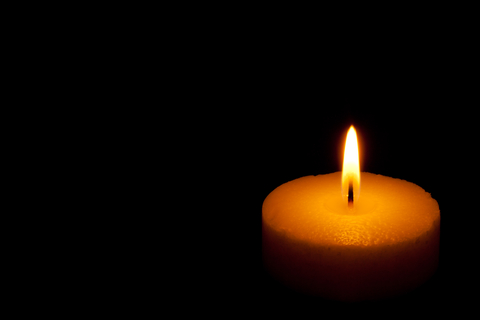 If you’re like me, you’ve read every article you could get your hands on to help you understand the motive behind the Charleston murders.  The line above from the Gospel of John has surfaced more than once as I’ve searched and read.  There is the sense even in this deep tragedy of God breaking in.

We saw it in an account of what happened in the hour before the killer began shooting.  In the killer’s conversation with those dear souls, circled up for Bible study, it sounds like there was a genuine display of faith as they tried to help him see his way through to another option.  Light.

We saw it in stunning statements made by family members in the courtroom, each of them in turn displaying dignity and sheer obedience to the gospel of Christ as they offered words of forgiveness mixed with grief.  Light.

We saw it in the outpouring of compassion among residents of Charleston, who immediately, adamantly rejected any identification with the deranged values of Dylann Roof.  Light.

We are seeing it now across the country as prayer vigils are organized, gifts taken, practical expressions of love displayed.  We are drawn to stand with those who hurt, to grieve with them, to be outraged by evil not just because we are, but on their behalf.  Light.

And we are seeing it in the spark of conversations about the cracks in our culture that allow this kind of evil to persist.  The persistence of racism, even radical racism; the willing suspension of belief among those not affected by “isms”; the redefining of terrorism to include what happens at home.  These and a thousand other conversations cause us to search our souls and search for answers.  Light.

Moments like this create fresh tension in the Church, causing us to reflect on our effectiveness.  Yes, we know how to pastor well in the aftermath, but are we making a difference on the front end?  On the issues that divide and destroy, are we relevant?  Not in the “wear jeans/ play good music” kind of way, but in the “change the culture/ transform our communities” kind of way?  In our activism, are we exposing the Light?  Or just talking about it?

I don’t know all the ways it will manifest when we’re doing it the way Jesus wants it done, but I am confident, based on Revelation 7:9-10, that it will at least look like all nations, tribes and languages worshiping together, healed and bowing before the Lamb.

Won’t it be something when a deranged shooter has no idea which churches are “white “and which ones are “black,” because we have so realized the Kingdom on earth that those distinctions no longer apply?

That day is still too far off.  The hope in all of this, of course, is that Light wins.  That’s not a cross-your-fingers kind of hope, but an assurance that is yet realized.  We know this, that Light wins.  It is only a question of when, and whether we’ll be able to say when it is all over that we were part of the victory.

Today as I prepare my heart for worship, my prayer is a prayer for the Church:  May we boldly be the Light in every moment of darkness until one day we discover there is no darkness left at all.