Biblical … or superstitious? Which are you? 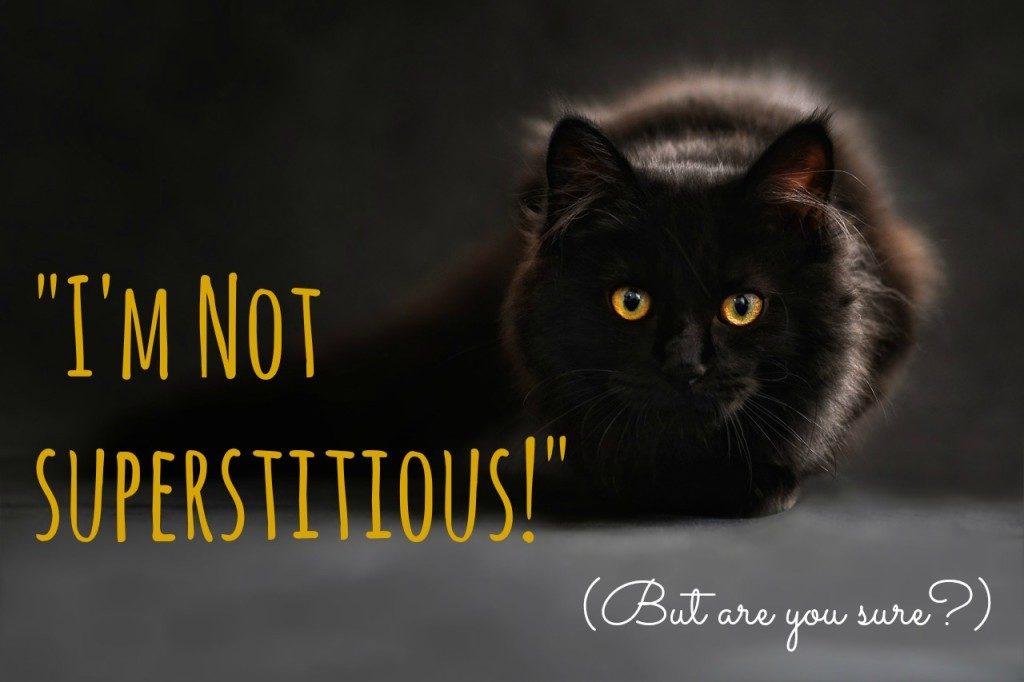 Consider how the following three numbers are related*: 2, 4, 8. What would you say is the likely relationship between these three numbers? Is there a pattern (hint: yes)? To confirm your guess, write three other numbers you think follow the same pattern (or rule) as the three above.

Back in the 60s, a psychologist named Peter Wason developed this test to prove a mental tendency he called confirmation bias. It is that tendency we have to pay attention to information that confirms our beliefs, while we ignore information that challenges our beliefs. You want to believe you don’t do this. You want to believe, in fact, that you always filter information objectively and see the world just as it is. The fact, however, is that we all tend to confirm our suspicions by gathering information that fits what we already believe. And that can be very dangerous to our worldview and especially to a right understanding of God.

Have you had the experience of having several bad things happen in a day, only to come to the end of it believing the world — or God — is out to get you? Have you had a streak of bad breaks, leaving you feeling that God has abandoned you? Or that you’re not good enough? Or that God is punishing you, or doesn’t have enough power in your life, or that you’re somehow wrong as a person?

This view of reality not only connects things, but also events. It makes sense of the world by connecting unrelated events to explain why things are as they are.

Animist religions follow this thinking. Take this view of the world far enough, and you’re collecting the eyes of newts to cast a spell on a noisy neighbor. Or back off just a bit and you’re wearing the same Atlanta Braves hat every day because your team is on a roll and consciously or not, you’ve decided your hat is a contributing factor to their luck. You don’t really believe that … but you still wear the hat.

Do you get the idea?

In this worldview, I begin with events in front of me and reason outward from them into the  realm of cause and effect. When I’m thinking from creation up, I may actually begin to believe that I control the world, or at least my world. And I may even begin to use the condition of my world to define what I believe about God. A creation-up worldview even colors my understanding of scripture, when I require my personal experience to define for me what the Bible means.

Of course, this isn’t the way the world (or the Bible) actually works, though we often function as if it does. A biblical worldview teaches that when God reveals himself, it isn’t from creation up — we can’t conjure him or his power up by doing certain things that compel him to act — but from the Kingdom down. Things don’t define God; God defines things.

In a Christian worldview, grace is the critical link that spans the gap and makes the unknowable knowable. We don’t generate grace; God does. And it is only by God’s grace — not by our actions — that we can know him. Any mysteries solved, any connections made, must come from the top down.

Do you begin to see why our perspective on the world and what controls it — how we see things — can have a major impact on how we understand God? It becomes vitally important for us to begin with God’s revealed character rather than with our circumstances, in order to build a right relationship with him.

And ironically, it is in our use of the means of grace (things like Bible reading, prayer, worship, community, service) that we are most able to connect. Think of the means of grace like bowls that catch grace. Or like “God glasses.” These habits don’t conjure God up nor do they define God, but they are places where God reveals himself.  When we wear these lenses we are likely to see him as he is.

* I first saw this thought experiment in an article in The New York Times.  You can find it here. The last half of this post is inspired by a lecture given in a Doctor of Ministry class by Dr. Joe Dongell (Asbury Theological Seminary).