Brokering Hope in a Barren World 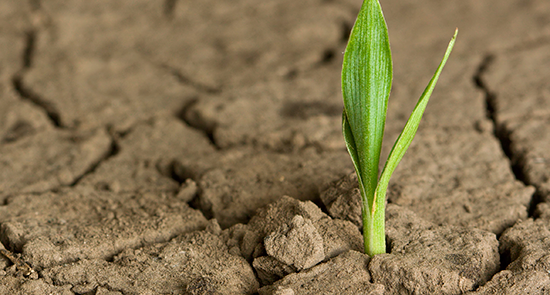 “Zechariah said to the angel, “How can I be sure this will happen? I’m an old man now, and my wife is also well along in years.” Then the angel said, “I am Gabriel! I stand in the very presence of God. It was he who sent me to bring you this good news! 20 But now, since you didn’t believe what I said, you will be silent and unable to speak until the child is born.” – Luke 1:18-20

I just love Gabriel’s grittiness. I love his righteous indignation, and even the hint of impatience with Zechariah’s inability to see beyond the room in which he stands. Gabriel does not appreciate being questioned. You hear echoes in his response of God’s conversation with Job. “Where were you when I laid the foundations of the earth? Tell me, if you know so much.” Evidently, citizens of the Kingdom do not suffer ignorance or short memories well.

Do you realize who you are talking to? I am Gabriel! I have announced some of the greatest cosmic moves in the history of the world. And now you are going to doubt me? Just who do you think you are?

A good question, because Zechariah is a priest. He should know better. He surely knows the scriptures well enough to have detected a theme of barrenness and late-life births as one of the more prominent themes. God has used barrenness over and over to hint at great reversals designed to move his cosmic plan forward.

And then there was Hannah. Her husband was Elkanah and he had two wives. Hannah was his favorite but she had no children, and it was killing her. She cried out to God in her despair. She wrestled with God over this. She hated her situation. But she hung in there with God. She refused to let go of him. Eventually God gave her the desire of her heart. She had a child named Samuel who would grow up to become the prophet-priest who would anoint Saul to be king. Saul would raise up David in his household and David would eventually become king. Out of his lineage the Messiah would be born.

Even more, barrenness has the potential to reframe our hunger so that it leads toward something other-worldly.

I am part of a group walking through the book of Revelation and this week, we spent time white-boarding everything the final chapters of Revelation teach us about the character of Heaven. We listed the kinds of things we love most, along with the awe and wonder of John’s vision. It stoked our yearnings and led us back to barrenness. What if one of the purposes of barrenness is to show us how to hunger for something we can never realize in this life?

What if barrenness can be redeemed by being reframed?

Those who have suffered the deep, aching loss of life without children, or the deep, aching loss of a child taken too soon from this life, may know better than most how to hunger deeply for something we won’t see this side of Heaven. Others of us may have children but still suffer from unfulfilled dreams, lost loves, thorns in the flesh we can’t fix. What if the redeemed purpose of those deep longings and unfulfilled dreams is to stretch us more earnestly toward the Kingdom of God, where all pain and tears have ceased, where all longings are finally, fully realized?

What if barrenness is redeemed when the hunger it produces is refocused on Heaven?

Isaiah seems to hint at this idea when he writes, “Sing, barren woman, you who never bore a child; burst into song, shout for joy …” Paul picks up on this line from the prophet when he talks about the “Jerusalem Above” and our place in God’s family as children of the promise. There is certainly the sense in the biblical narrative that hungers can become holy when they turn toward the Kingdom.

If John’s charge was “to make ready a people prepared for the Lord,” then perhaps this is the substance of readiness: to become so hungry, so thirsty, so moved by the thought of the Kingdom to come that nothing short of that can possibly satisfy us.

As Advent begins, we are in the position again of making ready a people prepared for the next coming of our Lord. Remember that. Our work is to side with those waiting to catch a break, with those frustrated by unfulfilled dreams, with those grieving losses, and to cast among them an imagination that reframes their hungers so that the Kingdom is exposed, so that the second coming becomes their passion.

This is the work of the Church at Advent. It is to become what Carl Medearis calls a “hope broker.”

In your writing, preaching, living, testifying, may you so expose the hope found in Christ Jesus that those on this side of Heaven can’t help but yearn past the temporal toward the eternal.