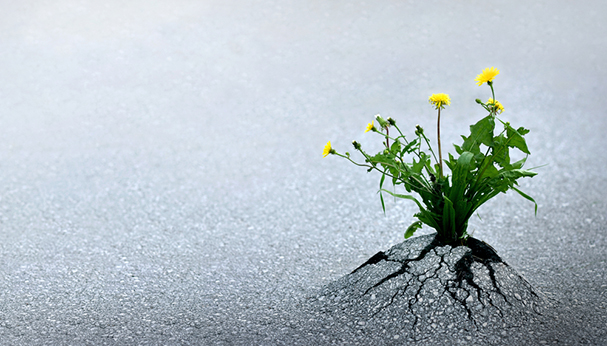 What Jefferson did to the Bible with a pen knife, many contemporary Christians unwittingly do with their lives. Especially in the U.S., much of Christian culture has managed to surgically remove the supernatural from the experience of Jesus of Nazareth. We’ve fallen out of the habit of talking publicly and passionately about how to transform lives. We will talk about decline in church attendance, the cultural shift away from Christendom and the declining morals of our society, but we have neither the vocabulary nor the comfort for talking about the spiritual realm. And yet, according to Jesus himself, the work of God is to see the Kingdom break in through the supernatural work of casting out demons, curing disease, healing sickness and seeing people transformed by truth (Luke 9).

Christianity is not a faith with a few miracles sprinkled in for effect. Christianity is a miracle with some good stories thrown in. Miracles are the cornerstone of the Christian faith. To extract them from the gospel of Jesus Christ would be to extract the heart of God for the people he created.

Without miracles, we lose the divinity of Jesus. Without the virgin birth, Jesus is just another kid born to an unwed mother. He begins to look more like Buddha or Mohammed and less like a God in the flesh. We believe Jesus is worthy of worship, but he is only worthy if he has been proven to be God himself.

Without miracles, we lose hope. We have no assurance of an afterlife if Jesus didn’t supernaturally conquer death, nor any reason to assume that the cross has power to cancel sin.

Without miracles, we lose touch with the essential character of God. Psalm 145 tells us that we are to pass the stories of God’s mighty acts from generation to generation, because it is the mighty acts of God — not the morality — that teach us about God’s character and purposes. Through his miracles (the parting of the Red Sea, the miraculous catch of fish, the woman whose oil lasted through a famine, the drowning of a legion of demons), we see God’s goodness — that he is for us.

Without miracles, our profession of faith is hollow. Jesus didn’t celebrate the power of miracles (he often warned people not to talk about their own supernatural healing), but he always encouraged folks to celebrate the restoration caused by them. The point of miracles to to draw us into the realm of God’s Kingdom and influence. All over the world right now, stories are surfacing of Muslims, Buddhists and Hindus being drawn into the Kingdom through miracles and visions. They are being introduced to Jesus by Jesus himself in supernatural encounters. Why? Because Jesus wants to see these cultures restored to the Kingdom of God.

Without miracles, we have no insight into the Kingdom of God. Jesus resurrected a little girl whose daddy was heart-broken, healed a woman who was sick for years, restored the sight of two men who asked for mercy and cast out a demon that had a guy’s tongue. And that’s just one chapter (Matthew 9)! Every one of these miracles was a preview of the Kingdom and a fulfillment of Isaiah’s prophecy — binding up the broken-hearted, setting captives free, giving sight to the blind and release to someone imprisoned by demons. This was a foretaste of coming attractions, Jesus demonstrating Kingdom values.

Without miracles, we are not pursuing the whole gospel. Richard Rohr, Catholic priest and spiritual director, has written, “As priests, we felt our job was to absolve sin rather than actually transform people. ‘Get rid of the contaminating element,’ as it were, rather than ‘Learn what you can about yourself and God because of this conflict.’ Those are two very different paths. In the four Gospels, Jesus did two things over and over again: he preached and he healed. We have done a lot of preaching, but not too much healing” (A Lever and a Place to Stand).

True miracles will always glorify God. And true believers will always lift up Jesus. In Richard Rohr’s confession, he goes on from the above quote to diagnose the “why” behind his assertion. He says that we’ve done more preaching than healing not because our hearts are hard (though undoubtedly that’s true for some) or because we don’t find it important, but because we don’t know how. We have forgotten (if we ever knew) how to call the people in our care into deeper spiritual waters.

With all due respect to President Jefferson, Christianity is not a philosophy. It is a declaration of the one, true God — the most powerful Being in the universe — and his supernatural revelation through Jesus Christ. And it is the ongoing presence and power of the Holy Spirit transforming the natural with the invasion of the supernatural. If we want to see the Kingdom come, it will happen as we openly, boldly acknowledge that Jesus was and is not just a great cultural stabilizer but a supernatural God whose resurrection leads those who follow him directly into the supernatural realm.