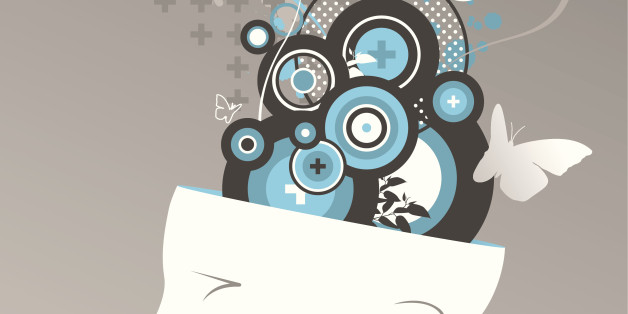 Today’s post is a gift from Angel H. Davis. A Christ follower who lives in Athens, Ga. Angel is a Licensed Clinical Social Worker specializing in healing prayer. Read on:

Have you heard of the Butterfly Effect? Fascinating! In short, it is research that suggests that the flap of a butterfly’s wing might ultimately cause a tornado on the other side of the world.

One flap of a tiny wing has more power then we ever imagined and the same could be said of our own thoughts. Current brain research indicates (as Gary Sibcy says) “we are connected like Bluetooth.” In other words, we naturally communicate to others even though we may not realize it is happening.

I imagine a butterfly has no clue that what it does naturally every day has the potential to create such a powerful force miles and miles away. Nor do we. Most of us don’t have a clue that our brain waves (thoughts) also have extraordinary power. After all, what I think is my business … right?

Our thoughts make a difference. They effect the world around us more than we can fathom.

Perhaps that’s why Paul says in Romans 12:2, “Don’t copy the behavior and customs of this world, but let God transform you into a new person by changing the way you think. Then you will learn to know God’s will for you, which is good and pleasing and perfect.” Our thoughts have the power to transform us and our subsequent behavior has the power to transform the world … to transform other people. How? Because of our inherent interconnection. God has designed us not as islands unto ourselves, but as interconnected beings.

Which means that what I do in my private time does effect you. And what you do effects me. And at the root of all of it is the nature of holiness.

We tend to look at holiness as a set of behaviors; we look at the outward appearance and actions. And of course, as we’ve said actions can indicate and point to the inward, but what we’re after is not judgment from the outside in but transformation from the inside out. This is what Paul meant when he said to the Corinthians: “So don’t make judgments about anyone ahead of time—before the Lord returns. For he will bring our darkest secrets to light and will reveal our private motives. Then God will give to each one whatever praise is due.”

This is judgment from the inside out; and note that it isn’t we who judge! We are not given that right … which is hard to accept because frankly, we humans are good at pointing fingers and judging others. We like having our opinions and raging at those who don’t agree with us. Even ‘”us” who call ourselves Christ followers. Maybe even especially us (Frank Viola says, and not as a compliment, “God’s people are the most easily offended people on the planet.”).

It’s the blame-and-shame game — the age-old attack from the enemy of our souls.

That game began in the garden of Eden and sin and satan have been tempting us ever since. When we sin, we fear what God and other people will do; we attempt to cover it up (control), hiding from God and others by rationalizing. “If I hide then God won’t know … right?” Good luck on that one! Or we find someone to blame (“it’s Eve’s fault”). The behavior is as old as humanity itself and we still buy into it and go round and round with the enemy of our souls. We are getting duped today just like our earliest ancestors.

The good news is that there is an ancient remedy still relevant for our time. Through Christ and the power of the Holy Spirit our hearts can be made new. Our part as Christ-followers is to allow Him to transform us into more and more of His likeness/ character.

In your quiet time, spend some time asking God:

If we allow God to access to our hearts He will purify them and transform them. In other words — listen! — God can change the way you think! Then, and only then, can we truly be conduits in this world for positive change.

A friend told me recently that in prayer she was asking God to use her hands, her feet, her voice for His glory. And she heard in her soul: “Give me your heart.”

As a counselor for thirty-plus years, I can tell you this is the hardest submission that I see Christ-followers facing here in the West. Because of our religious freedom, there is little chance we will literally have to die for our faith, as some of our brothers and sisters do in other parts of the world. But God does call us to let Him have access and control of our hearts and that too is a kind of death — a death to self and self-protection, which God calls sin.

Instead of the blame-and-shame game that connects us to the world, let’s enter into the repent-and-forgive game that can connect us like Bluetooth to our amazing God.

Be an agent of change. Flap your wings for His Glory!

Read more from Angel in her book, The Perfecting Storm: Experiencing God’s Best Through the Trials of Marriage. This is an exceptional resource for those who want to see transformation in their marriage.

We need a workable strategy for navigating beyond the theological mines and injustices of a fallen world, so we can spend our energy on what I failed to see beyond that sign: an impoverished community in desperate need of a fair account of the gospel.

RT @ReverendEDW: "Do you see this woman? (Lk. 7:44)" I see you @CarolynCMoore. Thank you for helping me to rightly relate to God by honor…

RT @ZReflective: "@CarolynCMoore has blessed the church with a road map for effective ministerial leadership as a woman empowered and bless…