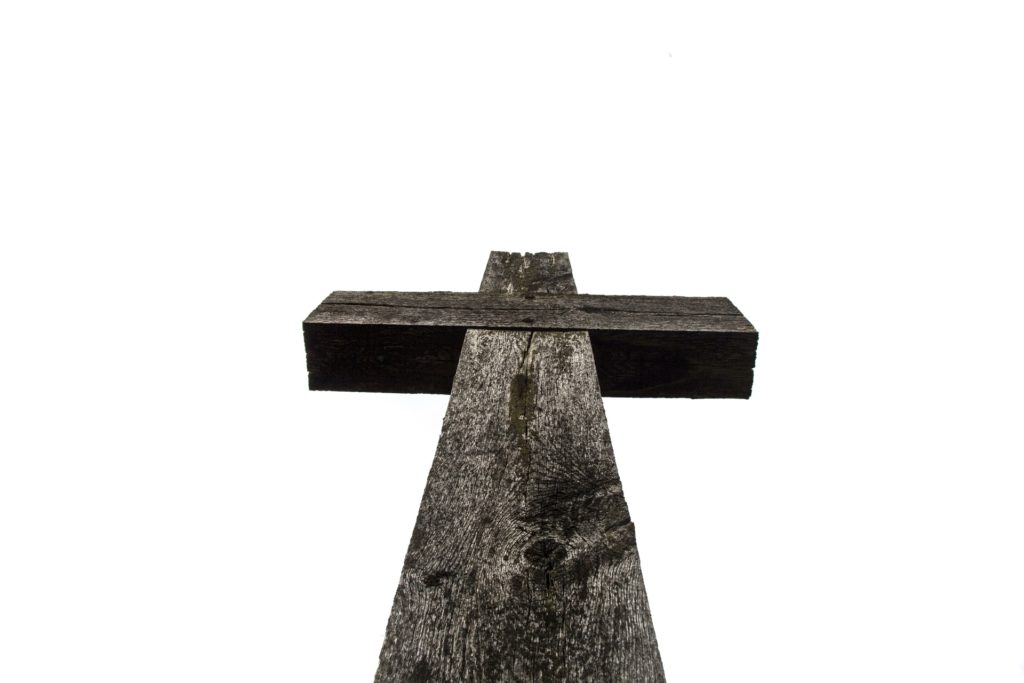 We were made for God. In our unfallen state, it is a perfect fit. Somewhere early on in the history of the world, however, we decided we’d rather be our own masters. We rebelled against, pushed against, rejected the plans of (design of) the God who loves us, and began making our own gods.

Humanity has had this propensity nearly as long as we’ve existed. By the time the Ten Commandments were delivered, idol worship was enough of a problem to deserve a prime spot in the list. Commandment #1: You shall have no other gods before me. You don’t have to say things like that to people who never choose other gods. By its presence and prominence, we can assume this was an issue, has always been an issue, is still an issue. Our preference given our fallen tendencies is to choose gods of our own making. Tim Keller writes some terrific stuff about this (look up Counterfeit Gods).

The very act of the crucifixion says so much about this conflicted relationship we have with God, how far God will go to prove his love and Lordship, and how far humans will go to avoid surrendering to that love and Lordship. We have a spiritual problem that we chronically attempt to fix with a physical solution. We think, “If I can just be my own master, then I can find my own fix.”

The great irony is that we put God on a cross but keep our sins to ourself. And yet, the cross is such a beautiful invitation to believe that God on the cross is God for us (Keller says until we believe that, we won’t have courage to deal with our idols). It is an invitation, as Oswald Chambers has said, to press into the crucified flesh of Jesus everything that breeds death with the assurance that Jesus will carry those things we give him in a way that doesn’t breed shame or loss but freedom and life.

Write this question down and deal with it: What things in my life need to be pressed into the death of Jesus? What parts of me have more in common with death than life? What inferior gods and nagging demons, what things that need to die, am I dragging around when the best thing I could do for myself is press them into the crucifixion? Because “this Jesus whom we crucified” has power even while he is on the cross and this Jesus whom we crucified offers to take our place at the point of death. Because you see, while sin-carrying is death for us, it is victory in the flesh of Jesus.

Hear this: Christ alone has power over the things that breed death in us.

Resurrection invites us to stand up again (the Greek word literally means “to stand up again”). The principle of resurrection says that if I will press the things that breed death into the flesh of the crucified Jesus then when he is resurrected, when he stands up again, I can stand up again, too. I can be resurrected, too, even if I’ve found myself in a valley again, spiritually poor again, stuck again, idolizing again, going around that same tired mountain again, living that insanity of doing the same things again and again … looking for a physical fix for a spiritual problem. Even if I am there again, the crucifixion invites me to press my tired, dead “again” into the cross of Jesus, so I can stand up again inside the resurrection of Jesus.

Earlier this year, I broke through into another spiritual place. Before it happened, sensing a breakthrough but not there yet was a painful place to be. I hoped I was right. I trusted God. But man, that pressure when you’re right up against that moment of spiritual breakthrough can be pretty intense. You may have felt it before yourself, even if you didn’t know what to call it.

On a Monday morning, I got my breakthrough. I was on my knees, actually, and I heard the Lord ask me to stand up again, just like resurrection. I heard the Lord inviting me to place a part of myself under his care. I heard him invite me into healing. He showed me how I’d been protecting that broken piece of me, trying to accommodate it while I lived my life. And I could see how trying to run my life on two tracks at once, just how impossible that is. I needed to hand some broken part of me over to Jesus and let him be Lord. Such freedom!

In that moment, Jesus had just invited me to press into his crucified flesh something that was breeding death, with the assurance that Jesus will carry the things we give him in a way that doesn’t breed shame or loss, but freedom and life.