Come, Lord Jesus (or, How to pray for everything) 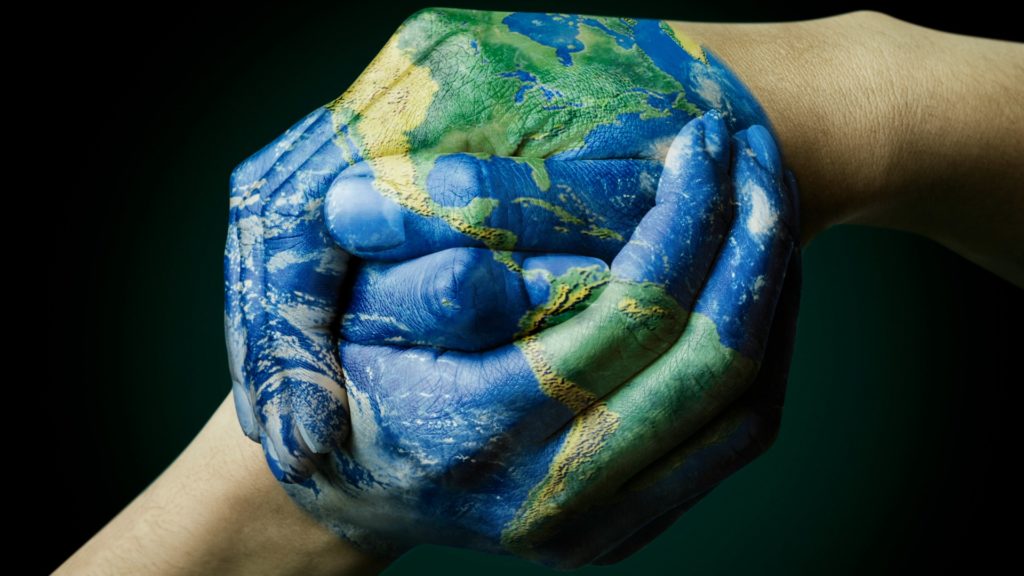 A few days ago I visited a mercy ministry in another town as part of our preparation and planning for building a capacity-building ministry in our community. Talking with the director of the ministry I visited, I was reminded again of just how many beautiful souls there are in the world. I keep running into people who care deeply about dignifying life, and who sacrifice for that cause.

Toward the end of my visit, my host invited me to step into the foyer where folks had begun to gather, both volunteers and clients, just after the doors of the ministry opened for the day. Their tradition is to gather that first crowd into a circle to pray over everything ahead.

The guy leading the prayer time asked if anyone had any prayer needs. There was silence for a moment, then a woman piped up. “The world,” she said. “Pray for the world.” A few knowing nods acknowledged what was on her heart. Yes, this is a hard world to live in and those in that circle felt the sharp edges of this world more acutely. We ought to pray for a kinder, gentler option.

More silence, then someone motioned toward a young man near the door. “Dylan just lost his home in a fire. Pray for him.” We all sighed toward Dylan. What a heavy thing to handle. We ought to pray for this man, who looked pretty lost.

A bit more silence, and the guy in charge said, “Okay then … we’ll pray for Dylan and the world.”

Dylan … and the world.

“Dylan and the world” make me mindful that changing the world begins with the person standing in front of me. “Dylan and the world” are the mustard seed and the mountain. They are Jesus telling us to be faithful with a little before we can be faithful with more. They are one woman telling Jesus that even the dogs get the crumbs, and Jesus using crumbs to feed thousands of people.

This is how it is in the Kingdom of God. There is a tension in God’s economy between the one and the many — a tension God himself seems able to hold together. God cares about Dylan, and He also cares about the millions of “Dylans” who have lost their homes this year to the evils of war, communist dictatorships, natural disasters and angry mobs. Eleven million Syrians have left their homes since 2011; Syrian refugee camps stretch on as far as the eye can see. Venezuelans have taken to the streets by the scores to protest their chronic economic crisis (inflation is expected to drive toward 2000% in 2018; try to wrap your mind around that).

The world can be a harsh place. Jesus says (Matthew 24:6-8), “Nation will rise against nation, and kingdom against kingdom. There will be famines and earthquakes in various places. All these are the beginning of birth pains.” This sounds too familiar. The world is a hard place.

At the end of Fiddler on the Roof, a poor tailor asks the rabbi as they are being forced out of their town, “Wouldn’t now be a good time for the Messiah to return?” In the Kingdom of God, this is how the tension is resolved … in Jesus. Jesus is the common denominator between the person in front of us and a worldful of need. And if that is so, then maybe the best prayer we can pray for “Dylan and the world” is the prayer of the early Church: Maranatha. Come, Lord Jesus. It was the prayer of the first followers of Jesus as they strained toward the Kingdom against tides of conflict and persecution. First-century Christians earnestly watched and prayed for his return, even as they spread the word about the Messiah. They believed passionately that in him is the one, enduring answer to burned-down houses, down-and-out men, failing economies, homelessness, and a world chock-full of hard edges.

Much of what Paul wrote was to stir up a hunger for an answer to that prayer. “Our light and momentary troubles are achieving for us an eternal glory that far outweighs them all. So we fix our eyes not on what is seen, but on what is unseen… ”  “For you died, and your life is now hidden with Christ in God. When Christ, who is your life, appears, then you also will appear with him in glory.”

I don’t think we ought to use a cry for Jesus’ return as an escape from being part of the solution. After all, Dylan deserves the whole gospel; the world deserves the best of Kingdom work. Our hearts must be broken for what is happening all around us. But I do believe that developing a hunger for the final answer to a fallen world will help us have faith enough to stand in that tension between the troubles in front of us and a world spiraling out of control.

Come, Lord Jesus. We are hungry to see you in all your glory, and to be delivered from the darkness.