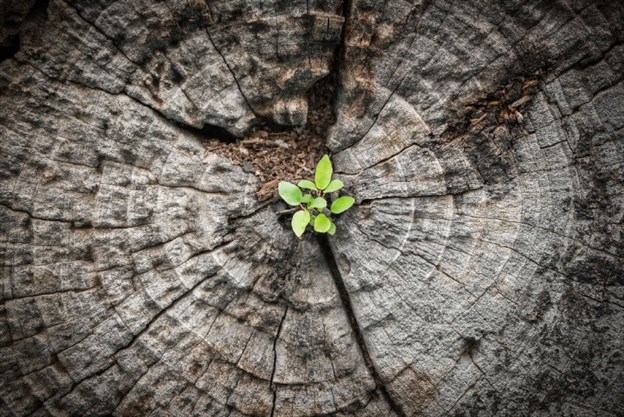 Clearly, there is a war on life in our world and it is most certainly a spiritual war. We devalue health in favor of immediate gratification. We devalue lives based on appearance, IQ, gender, power, or even difference of opinion. I think our penchant toward death — which is a manifestation of our bent toward the negative — pervades every thought. Do I think someone who doesn’t vote like me or believe like me is as valuable as I am? Do I see the person in line in front of me at Kroger as a person of value, whose life deserves my respect? Do I get it, that when someone in Venezuela or India is devalued by their government, then all of humanity is depleted? That I have a vested interest in preserving the value of life … all life?

Our bent toward death has been with us almost from the beginning. Christians trace it to a story rooted in Genesis 3, when humans chose to listen to a voice other than the God of life. By the time the people of God were consigned to slavery in Egypt, the culture of death had permeated the earth. Dennis Prager has written on the Egyptian preoccupation with death. Their bible was called the Book of the Dead. Their greatest monuments were pyramids, which were basically over-sized caskets. Even the pagan priests were preoccupied with death. As pagans, the Egyptians were everything the Kingdom of God was not. A preoccupation with death made their decisions for them. When God brought the Israelite people up out of slavery from Egypt, he had to totally reorient their thinking. “Everything you learned there, everything that enslaved you, was wrong. It is not all about death. Creation is about life.”

Hundreds of years of wrong theology had to be reoriented. The people of Israel had to understand God as life-giving before they could stop living to die and start living for God. The work in the desert — the story of which is told in the book of Exodus — was the work of learning to live. That meant constantly rejecting Egypt and pressing toward God’s promises. God’s training on this mindshift is detailed (and by detailed, I mean detailed) in the book of Leviticus. All those odd rules we read there are a rejection of a culture of death. Moses shows his people that while there may seem to be countless options, there are really only these two choices: life or death. And then, almost like a battery of visual aids, Moses shows us that everything else — what we eat, what we wear and watch and get entertained by, who we choose for intimacy — all those options eventually boil down to life or death.

If this is true, that everything — every single thing in your life — leads to either life or death, then that means, fallen creature, that there are likely things in your life that lead to death. They carry the veneer of death. And I’m not even thinking about the obvious stuff. A thousand times a day, Leviticus teaches us, we are confronted by pockets of death. It becomes remarkably tempting to choose death simply because it is easier. And yet, the story of God teaches us that God’s preference is always for life. His value is life, and his desire is to see us live … really live.

For me, that means throwing baby showers for single women more often than I’d like and toeing the line on what holiness means in unmarried relationships. It means honoring the questions, too, and the suffering caused by shattered dreams. It also means that when I look at you — in all your messiness — I am challenged to see you as your Maker does. I am expected to develop eyes that see what God sees when he looks on his children.