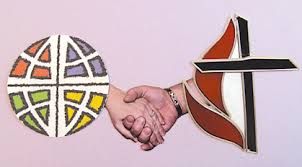 In the United Methodist Church these days, it is all about “the plans.” Three have been recommended by the Commission on a Way Forward. I note them here for reference, with reflections beneath about another denomination’s experience with their version of the One Church Plan:

The Traditionalist Plan: This plan maintains language in the Book of Discipline around issues of human sexuality, and provides a gracious (but as-yet undefined) exit for those who cannot in good conscience abide by that language. Those who support this plan are often accused of being schismatic for their unwillingness to bend on what they would call core theological convictions — convictions written into the Book of Discipline and which traditionalists and progressives alike committed to at their ordination.

The One Church Plan: This plan removes language in the Book of Discipline around issues of human sexuality, leaving it to churches to determine what their guidelines will be on issues like membership, marriage of same-sex couples, or ordination of LGBTQ persons. There is no exit ramp attached to this plan, presumably because it allows churches, members and pastors to choose their theology. The lack of a gracious exit reveals a fundamental misunderstanding of what it means to have deeply held convictions about the Bible, holiness, marriage and the nature of discipleship. It requires those convictions to submit to the cause of institutional preservation.

The Connectional Conference Plan: This plan corrals United Methodists into three main “camps” — traditionalist, centrist and progressive. These three camps would share affiliated services while being otherwise autonomous though governed by one Council of Bishops. There is no gracious exist attached to this plan, though it also requires a fundamental shift in understanding about what it means to hold core theological convictions. What the One Church Plan requires of laypersons and clergy, the Connectional Conference Plan requires of bishops, requiring them to set aside personal conviction for the sake of institutional preservation.

The One Church and Connectional Conference Plans — by their lack of exit ramp and the assumption that preservation trumps personal conviction — reveal the depth of our divide in the United Methodist Church, a divide that ought to be respected because it refuses to be minimized. Other denominations have proven the power of this kind of theological divide.

A colleague and friend, Reverend Dave Keener, witnessed this firsthand during the similar crisis in the Evangelical Lutheran Church of America (ELCA). Reflecting on the eventual division in the ELCA and its similarities to the current crisis in the UMC, Reverend Keener notes that something similar to the One Church Plan (OCP) was adopted by the ELCA in 2009. “The term they used was ‘bound conscience,’” he writes. “The assembly was assured that the theological and biblical positions of traditionalists and progressives alike would be respected. This did not happen.”

Soon after the vote it became clear to the traditionalists that there was in reality only one acceptable position and it wasn’t theirs. Since the the decisions of 2009 the ELCA has intentionally become more progressive and the traditionalists who remain in that denomination have been marginalized (most exited at the height of the crisis, forming the North American Lutheran Church, or NALC).

It may be helpful to take note of what happened within the ELCA in the aftermath of their adoption of a plan similar to the OCP. These reflections come from my Lutheran colleague:

We owe it to ourselves and the thirteen million who call themselves United Methodist to learn from our brothers and sisters in other tribes who have may have tried too hard to hold together what isn’t theologically compatible. May God give us both grace and humility to go where he leads and to refuse the spirit of fear.