Encouragement for a spiritually dry Monday: You are not abandoned. 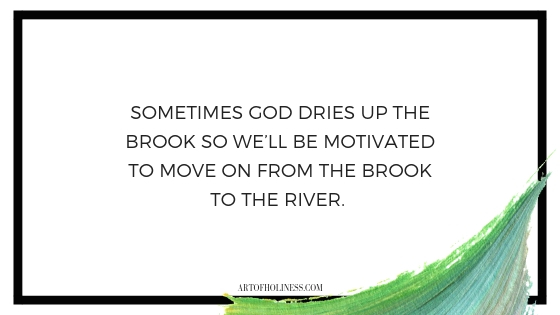 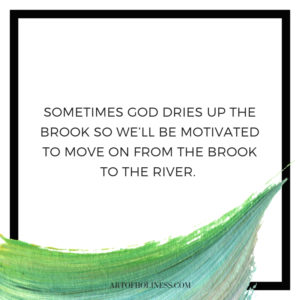 I’ve hovered in the doorway of doubt more times than I can count.

As a pastor, as a Christian, as a human, I’ve experienced horrifying moments of unexpected doubt. It happens while I’m driving down the road or standing in line at Kroger or sometimes even as I’m standing up to preach. I hear an unwelcome voice, whispering, “What if this isn’t real? What if I’m just a keeper of the myth?” I appeal silently to God but struggle to find him in the cloud.

As Steve Harper says, “Spiritual dryness is a condition that makes prayer feel as if we are talking in the dark.”

Even the most faithful of us can find ourselves swimming in doubt — impatient with God, spiritually dry. Where there used to be rivers of living water, now there is dust. Faith that once was flowing has now ebbed. In fact, the tide has gone out so far it is beyond the horizon.

How discouraging. Especially for a pastor.

It helps me to know that it happens to others whose work I respect. It happened to Mother Teresa. It happened to Thomas and to Peter, and probably most if not all the others (even if their stories — mercifully — weren’t as widely publicized. Imagine having your worst spiritual moment published in the most popular book of all time).

It happened to John Wesley, who once wrote something to this effect to his brother: “I don’t know if I believe in God, and I don’t know if I ever have.” While that sounds like spiritual disaster coming from the pen of a spiritual master, it was very likely the opposite — not a moment of spiritual failure but of deep, longing honesty.

But maybe you’re the rare exception. You’ve never had a clear moment, much less a long season, of spiritual dryness. You’ve never once felt as if your faith was on life-support. If so, read this so you’ll have some inkling of how the rest of us feel; then, forward this to the person you’re thinking about as you read. They need to know they aren’t alone and your witness won’t be much of a comfort to them.

If you’re the rest of us — if your spiritual life sometimes feels like week-old bread or a stagnant pond, if your personal circumstances seem toxic and you’re in need of some signs of hope and life — then my prayer is that you’ll find encouragement not in a three-point “get fixed quick” blog but in the thought that maybe you’re not alone. And that maybe God even uses seasons of dryness to help us exercise our obedience muscles. Because sometimes we do this out of obedience rather than feeling. Sometimes we do this because the long story is that we’re not who we used to be, even if we’re not who we want to be right now.

There are nine clear stories in the Bible of people being raised from the dead and that doesn’t include what sounds like thousands who came back to life after Jesus’ resurrection. The resurrection of Christ is the culmination of a thread in God’s story that ought to teach us something fundamental about his nature. He specializes in bringing hope into hopeless situations.

The story of the prophet Elijah is a strong case in point. He was among those Old Testament prophets who predicted famine in the land during days of poor leadership. In the midst of the famine, Elijah is provided for in miraculous ways as he camps out beside a stream. Ravens bring bread and meat twice a day. He has the provision of this stream. He is happy to stay here in this place and feed on this supernatural provision while he waits out the famine.

Sometimes faith comes like that. We get the parking space by the door and the check in the mail and the job we weren’t qualified for and the peace that passes understanding. And we’ve done nothing to deserve it. We’re not even consciously connected, or don’t feel as if we are.

Sometimes faith comes that way and in those seasons we have nothing to do but be humbly grateful.

In Elijah’s story, it is the dried-up brook that moves him into the flow of the Spirit. The brook dries up and Elijah — if he’s going to survive — must move on. It seems an unmercifully abrupt end to a good thing but it is in the very “moving on” that this prophet meets with his higher calling. In the process he befriends a widow who provides food while setting him in the path of God’s purposes. Here is where Elijah’s story puts him into the flow of God’s resurrection power.

Here’s the thing: sometimes dried-up brooks are moments to be weathered or voices to be ignored. But sometimes, God dries up the brook so we’ll be motivated to move on from the brook to the river. Isn’t this what Jesus meant when he said (John 12:24): “I tell you the truth, unless a seed falls into the earth and dies, it remains alone; but if it dies, it bears much fruit.”

What creates a resurrection atmosphere? What moves God to bring dead things back to life? And how can we tap into that understanding so we can bring to life what’s dead in us?

Maybe it happens when we allow ourselves to see beyond the brook to what God is doing elsewhere. Sometimes the brooks dry up and the seeds die so we’ll be motivated to move on.

Is it possible that your spiritual dryness is connected to an unwillingness to let God do a new thing?

This song was written as a response to a message given several years ago at the New Room Conference. I am so very blessed by this song, and share it here for those who need a fresh word of encouragement. Even when you don’t feel it, he is here. You are not abandoned was written by Joel Mooneyhan. Find more about him here.

RT @unitedseminary: Holiness isn’t something we do. It is something we are. This Friday, join @CarolynCMoore to learn how we can embrace…

@scotmcknight I'm counting on it.