God in the darkness 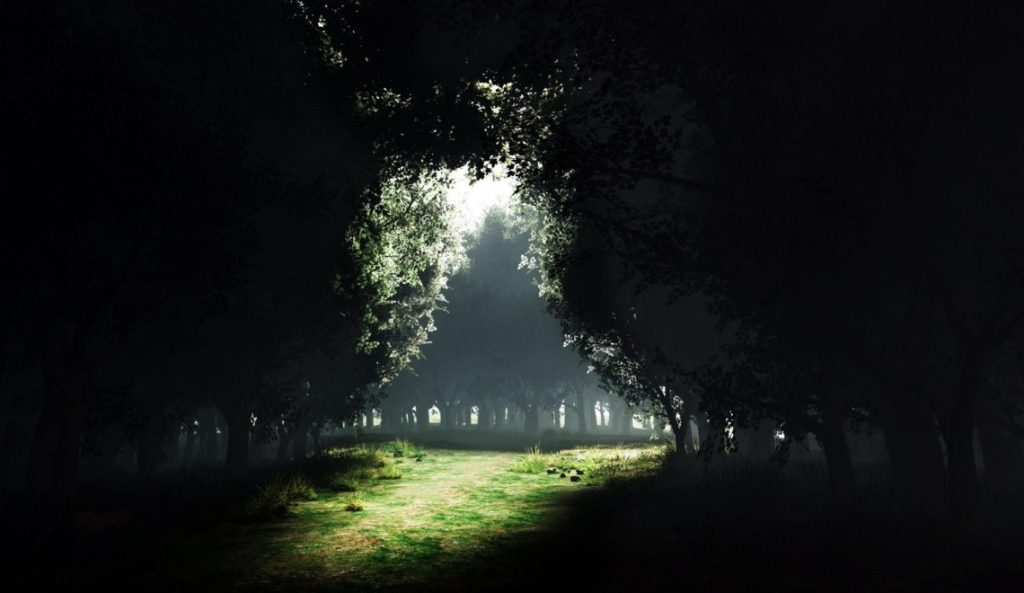 Another guest post by Angel Davis, my friend and collaborator in ministry. In this blog she shares how a friend (whose story is told with permission) experienced the grace of God in a desperate season:

“Why? How could this happen?”

This was the broken-hearted cry of a woman sitting on my couch. Her heart literally felt like it was breaking and for very good reason. Her decade-long marriage which had begun centered around Christ had now dissolved, and not by her choice. She had entered into marriage believing it was a covenant with God that was not to be broken. Despite the years of subtle abuse and unloving treatment, she desperately prayed her marriage would be saved. She wanted her children to grow up in an intact family. She wanted to honor and keep the vows she had made to God.

And yes, she still loved her husband.

She had spent a solid year seeking counseling and receiving inner healing. She allowed God to heal the wounds of her heart and help her forgive. She prayed and asked others to pray — fervently — that the marriage would be saved. She prayed right up to the last minute, but her husband’s heart never softened. They divorced, and now the custody of their children hung in the balance.

And now she sat in great distress, true agony; the judge had ruled in favor of the father. Her children’s father, now her ex — this man who had treated her badly, who had lied, who had broken some of the separation agreement guidelines — this man would get “favor” financially from the judge and “favor” regarding the custody of their children.

“How could God allow this to happen?”

“Does He not even care?

“I just don’t see Him working.”

My friend was devastated, not to mention legitimately concerned for her children’s well-being. She was desperate now to realize she wouldn’t be able to mother them daily. She’d miss out on developmental milestones. She’d be separated from them at such tender ages. The pain was beyond words.

Fast-forward several months. The ache was still there and depression had settled in around the sadness of having to split time with her kids with their father. There was still hurt over the unfairness of the settlement … but the pain was lessening. She was more ready now to process her situation through healing prayer.

As we prayed into her pain and concerns, what can only be humanly described as feeling like a lightning bolt from heaven, came down — first downloaded into my brain, and then into her heart. A flash of understanding: “God had to allow the ‘unjust’ settlement in order to soothe the anger of your ex-husband!”

I have to say that humanly, this didn’t settle well. It seemed … well … unjust. And it was, by any earthly standard. I can say with certainty that God didn’t cause this man’s hard heart, nor did God cause the divorce. But as I searched within for some scriptural anchor for this word about how God used the circumstances of fallen people, I saw it.

It was the unjust cross of Jesus Christ.

He who committed no sin was slain and buried for three dark, bleak days. He who did not deserve that penalty became the very sacrifice that freed us from the penalty of sin. His willingness to do a very unfair thing allowed us to finally see the darkness for what it is. That unjust settlement bought us new life and paid for our sins while it negated the power of the enemy’s weapons against us.

Think about the death of Lazarus (Luke 11). When they brought news to Jesus, Lazarus was already arguably dead, but Jesus waited three days after he was pronounced dead to visit. Nothing seemed to be accomplished in that waiting, as far as Lazarus’ loved ones were concerned, except they got mad with Jesus. After all, Martha had asked him to come, and he waited … almost like he didn’t care. But when he finally did show up, he entered into their suffering and then did the impossible. He called forth life from a dead man, out of a tomb where unfair death resided. The effect? The witnesses to this miracle saw God in ways they couldn’t or hadn’t before. The glory of God was exposed.

The waiting time, where “nothing” was happening, became the soil for the greater revelation.

And my friend? After this unexpected revelation from God, she started seeing … really seeing. She saw God do the impossible as He provided tangibly for her in ways that were totally unexpected — money for a car, down-payment on a house, extra days of visitation — exceedingly and abundantly more then she thought could happen (Ephesians 3:20). She began to get it that justice wasn’t dependent on “fair” or “unfair” treatment. Justice was dependent solely on God and His promises.

If you are waiting for Jesus to show up in an unfair situation, take heart, my friend. God is working in the darkness. The “nothing” days, the “unfair” treatment, the waiting time … in God’s care it all becomes a breeding ground for slaying the enemy, raising up redemption and exposing in His glory.

Take heart and hold on …

Angel H. Davis is a Christ follower who lives in Athens, Georgia and a Licensed Clinical Social Worker specializing in healing prayer. Read more from Angel in her book, The Perfecting Storm: Experiencing God’s Best Through the Trials of Marriage. This is an exceptional resource for those who want to see transformation in their marriage.