Hell, and people who have been there 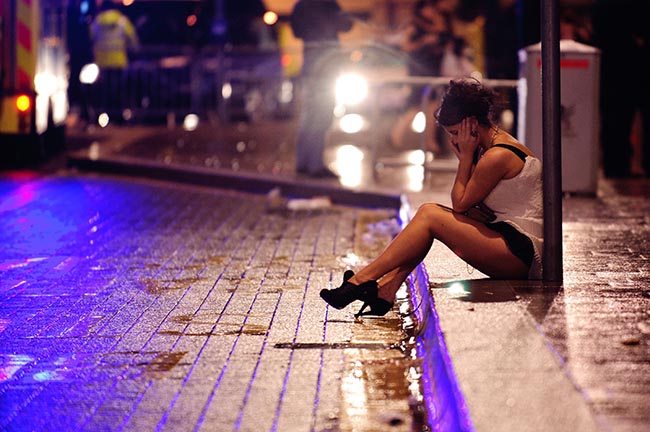 (Today, I revisit a piece first posted in 2012, with the prayer that it inspires fresh thoughts about hell, hope and the enemy of our souls.)

The first time I heard someone say he didn’t believe in hell, I was stricken. It was the associate pastor of our church, a generally bright guy — full of energy, very musical, a good preacher — to whom we had all entrusted our spiritual formation. He’d attended seminary in Texas and up until that conversation, I’d assumed he’d gotten a valid education that qualified him to care for my soul.But then he said he didn’t believe in hell.

I don’t remember the words of our conversation that day but I can still feel the spirit of it. I was mortified; he was stone-faced. We were standing in the hallway of my church when something I said must have inspired him to enlighten me on the subject of hell and the devil. “I don’t believe in hell,” he said, matter-of-factly, the way you’d say you don’t want another helping of green beans. “Or the devil.”

At fifteen, that came as shocking news to me. I had no context for it; I didn’t know the difference between liberals and conservatives, fundamentalists and universalists. All I knew was what I knew. All my life, I’d been in church, in that church. I’d been served the kind of bland, orthodox teaching that makes one at least culturally Christian. I didn’t know there were variations on the theme. I certainly didn’t realize one could pick and choose among doctrines as if Christianity were a cafeteria plan.

He went on some time later to pastor other churches. I went on to study religion at a secular university and can remember the day I quit believing in God altogether. It didn’t last long, but it happened. For about ten years, I lived the life of one who didn’t believe in God. On the day years later when I heard that pastor had killed himself, I grieved. I remembered our hallway debate and wondered about the theological confusion that kept him at arm’s length from the hope he deserved. I still think of him often.

I thought about him again as I was chatting with two women sitting on a curb in downtown Augusta. “Lisa” had just attended our worship service; “Mary” was her friend. Evidently, Mary was recovering from some addiction or another. She has a couple of kids she’s not in touch with. She is young, maybe thirty at the most.

Mary works in a restaurant. Another waitress at the restaurant has been talking with her about religion. From the way she tells it, it sounds like her co-worker is concerned about Mary’s soul. Bless the lady’s heart, she has made sure more than once that Mary understands God is watching. That God knows her every move. That he knows when she’s been good or bad. This well-intentioned soul has warned Mary in no uncertain terms that if she does not straighten up God will send her to hell with the same lack of remorse with which a mother sends her child to his room.

Mary has not been moved. Evidently, she has been conditioned to resist this brand of theology. She told me, as we stood there in the fading light at the curb behind her apartment complex, that her parents also made it very clear that God exists to send people to hell. All her life, God has been presented as a Thing To Be Feared. Growing up, Mary never liked that God. She was not saved by that God and she has no intentions of pledging allegiance to him now that she’s out from under her parents’ roof.

I don’t blame her. I’m not too fond of that God, either.

Mary and I talked until her boyfriend came to pick her up. We talked about what she does believe. I found out that the twelve steps are working for her, but that she is confused by the freedom they give her in those meetings to believe in anything she wants to call a Higher Power. A doorknob. Oprah. Anything. That kind of freedom confuses her. The one thing Mary desperately wants to believe in right now, other than the validity of her 12-step program, is that there is no hell. She wants to believe that, and doesn’t want to believe in a God who would send people there.

Listening to her, I remembered the pastor who also needed to believe there was no hell. I remembered his duplicity and also in later years, his desperation. I remembered how sad I was when I heard in my twenties that he’d been trying to kill himself for a while. That the successful attempt wasn’t his first. I wondered about the congregation he’d been serving when he died. How were they handling it? How dreadful was it for his mother? For his ex-wife? For his daughter?

I remembered him and I said to Mary, “I’m just guessing you’ve already been to hell.” She looked dead into my eyes and said, “Yes.”

Start there, I said. Start there. And maybe one day, Mary, you will find enough peace in your life that you can rest in the Truth. Maybe one day you will even realize there is a hell and that people send themselves there all the time. And that Jesus, unwilling that even one of his own should perish, crossed over into enemy territory for the sake of your soul, capturing the power of death and bringing it back under God’s power. He did that for you, Mary, while you were still a sinner, and before you believed.

That same Jesus walked through hell for you, Mary. But that is not a truth that can be debated into your life or imposed on you by fear. It is a truth that comes by encounter with the living Christ, who redeems lives from the pit, who restores mamas to their children, who heals our diseases and casts out our demons, who loves us with an everlasting love.

When nothing else works, when hope fades, when your boyfriend is waiting impatiently for you to get back to his world, start there. Start there.