How to dampen a spiritual fire 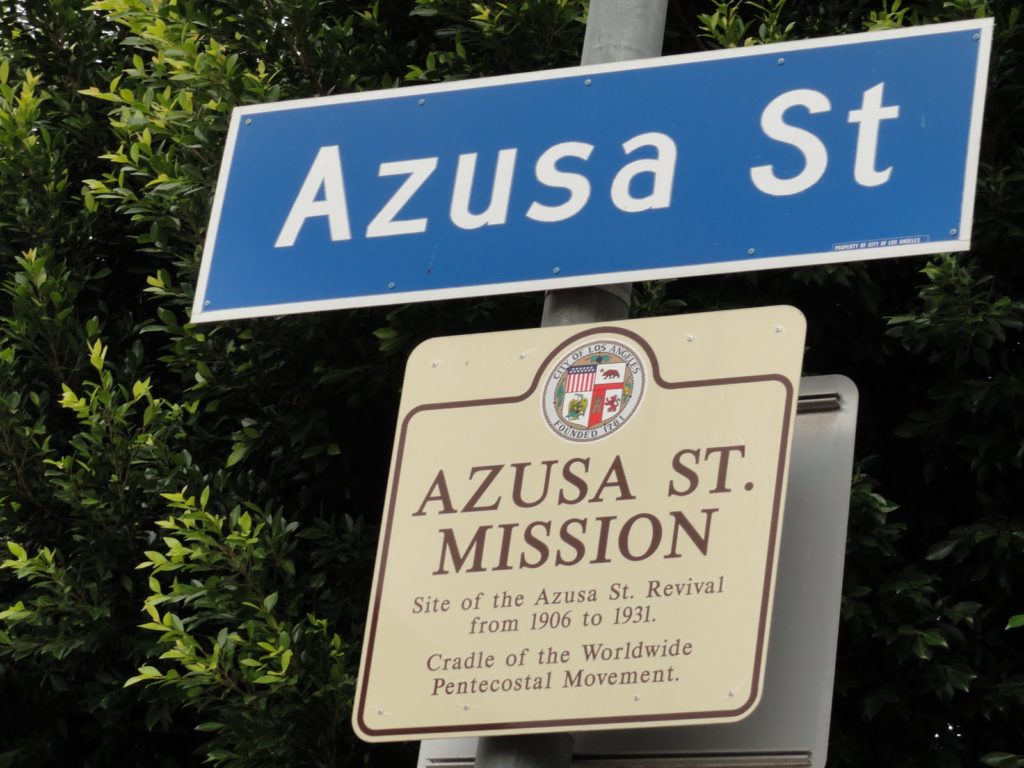 The Wales revival broke out in 1903 and fizzled by 1905. During those two years, people came from all over the world to swim in those revival waters and that spirit went back with them when they went home. One of those people was a man named Frank Bartleman. He was a preacher and journalist in Los Angeles who began to write about revival and about what was happening in Wales. He had written Evan Roberts to ask for prayer. Roberts answered him; Bartleman believed the prayer in the return letter came with the gift of faith. It was for him part of the stirrings of a movement in California. He wrote that the spiritual movement he sensed in California was “rocked in the cradle of little Wales. … Los Angeles seems to be the place and this the time, in the mind of God, for the restoration of the Church.”

About that same time (1906), William Seymour was being raised up under the discipleship of Lucy Farrow in Houston, Texas. Both of them were taught by a guy named Charles Parham, known today as the father of the Pentecostal movement. Parham led a seminary and invited Seymour to become a student there. Seymour was black and in that day, having him in a white school was highly unusual. But Parham saw something in Seymour. Listening through the window of Parham’s classroom, Seymour fanned the flames of his calling and began to preach. Before long, he gained the attention of some folks in Los Angeles, who invited him to come and be their pastor.

Seymour went, and the short end of the story is that he started preaching in L.A. and people started coming. It was a small group at first, but as the Spirit moved the house where he was staying began to be packed nightly. Parham invited his old mentor, Lucy Farrow, to come and preach about the Holy Spirit and all Heaven broke loose

It is no small thing that the Pentecostal movement was born out of the ministries of a white man, a black man and a woman, all three preaching what Seymour called, “old-time repentance, old-time pardon, old-time sanctification, old-time power over devils and diseases, and the old-time ‘Baptism with the Holy Ghost and fire.”

Frank Bartleman, the L.A. journalist, followed Seymour and wrote this about his ministry: “Divine love was wonderfully manifest in the meetings. They would not even allow an unkind word said against their opposers or the churches. The message was ‘the love of God.’ It was a sort of ‘first love’ of the early church returned. The ‘baptism,’ as we received it in the beginning, did not allow us to think, speak or hear evil of any man. The Spirit was very sensitive, tender as a dove.”

After outgrowing the house Seymour lived in, the church rented a building at 312 Azusa Street. That address is still famous today in Pentecostal circles. Millions of Pentecostals would say that their spiritual birthplace is Azusa Street and dozens of denominations trace their roots to that revival.

As with too many spiritual movements, it was human brokenness that stopped the flow of the Spirit on Azusa Street. The organization beneath the movement had its share of dysfunction. Too much enthusiasm and too little structure led to infighting and jealousies. Along the way, someone got mad with someone else and ended up leaving and taking the mailing list with them. Without a mailing list, there was no way to get the word out about meetings. When the crowds stopped coming, the revival waned.

That is a sobering thought. To think that the attitude we bring into the Body of Christ could actually stifle the flow of the Holy Spirit and the growth of a movement should cause all of us to examine our hearts.

As part of a spiritual community, I must ask myself: is my attitude stoking the fire, or is it “water in the wood”? Am I contributing to the health and spiritual awakening of my community, or am I dampening the spiritual fires because I’d rather have it my way or not at all?