I just want to be saved (or, What missions is) 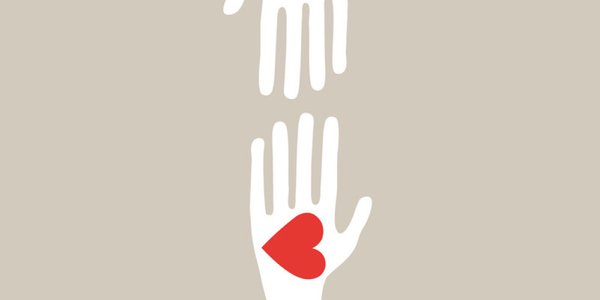 When I met her, she was laying in the middle of the road, flat on her back. It was a Tuesday afternoon in January. I was driving back toward our church on a two-lane road and there she was, laying in the oncoming lane.

She’d been on her bicycle and collided with a car. There was no ambulance there yet so I pulled over, got out and ran over to this woman who was laying in the road. I had no idea what kind of shape she was in but I knelt over her and said, “My name is Carolyn. I’m a pastor. Is there anything I can do for you?” Her eyes got wide, and she grabbed both my hands and pulled them to her chest and said, “I just want to be saved!”

This kind of thing never happens in real life, but there it was … just like that. “I just want to be saved!”

And with that, I realized I was being given an invitation — a window into eternity — so I took it. I hunched right over that woman with her holding both my hands and I prayed, “Lord, hear the cry of this woman’s heart. She just wants to be saved.” And I prayed for her healing and I prayed for her salvation and I prayed that God would meet her right there and do the work in her life that needed to be done. And I prayed over this woman until the ambulance showed up and then I stepped back so they could take care of her. Just as they were putting her on a stretcher into the ambulance, I got in her line of sight and said, “I’m praying for you.” And again, she grabbed my hand. I could see the hunger in her eyes.

I went home that night and looked up the accident online. I found her name and where they took her, so the next morning I went to see her. She was in a local hospital. She’d broken her hip. When I walked into her room, she called me by name. That was hopeful. Maybe she had been with it when we prayed. During that visit, she told me, “I always thought it would happen for me that way.”

I knew what she meant. She knew she’d be one of those people who would take the long way home. Who would need the patience and perseverance of the Body of Christ to get there. Who probably wouldn’t get there by walking through the doors of a church on Sunday morning.

I don’t believe she’s unusual in that way. I think the world is full of people like her — people who have had their feet knocked out from under them, who are flat on their backs, who have lost their job or their marriage or their sanity and they are hungry or lonely and trying to make sense of their circumstances. They may live across the street or they may live on the other side of the globe; either way, what they want more than anything is to be saved.

And in the midst of their pain, they are more likely to show up in the middle of the road or in a crisis pregnancy center or a mercy ministry or social service than they are to walk into a church on Sunday morning. And they’ll walk into one of those places and tell you what their problem is, but really … that problem is just a symptom. What they really want is to know how to get saved. They want an “out” from this way of doing life.

Which ends up being the one question the Church is most qualified to answer. But to speak that answer into their lives, what people like the woman in that road need most is someone willing to tabernacle the Spirit of God and take it out of the church building to where they are.

And that’s what missions is. It is learning to tabernacle the Spirit of God for the sake of a world full of people who just want to be saved.