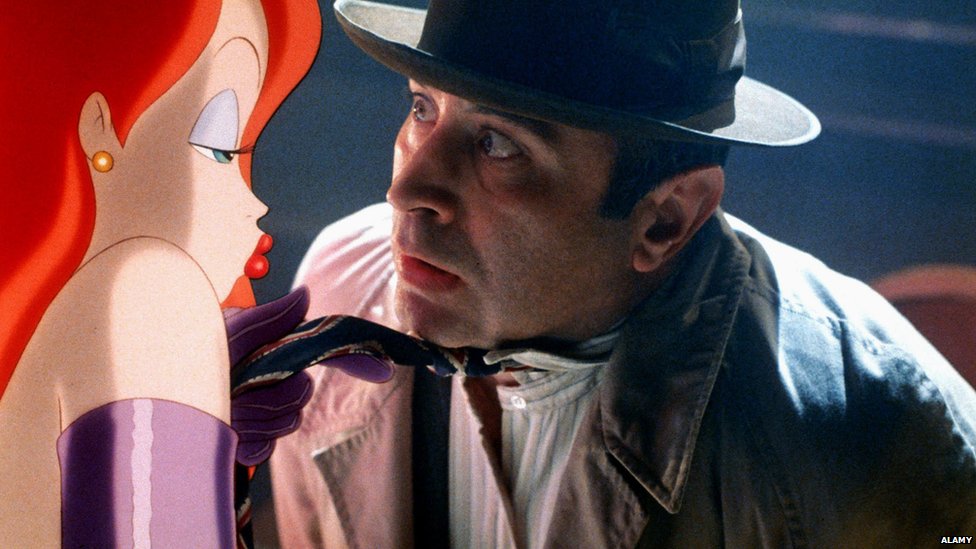 One of the best movie lines ever is the line from “Who Framed Roger Rabbit?” The movie is animated, but with some real peo 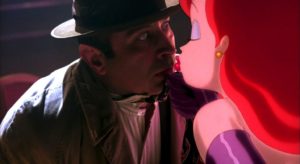 ple sprinkled in. Eddie Valiant is the real-life detective and Jessica Rabbit is the animated character, telling Valiant how hard it is to be her and how misunderstood she is. As she exits the room, she says, “I’m not bad. I’m just drawn that way.” It is a brilliant line (because she is animated, after all), but it is also interesting theologically.

Are we bad? Or are we just drawn that way?

The answer is yes. We are born broken. We are born with the mark of Adam – the stain of fallen humanity. Except for God’s continual pursuit of us, we would be lost in that sin. Permanently scarred. We find the same idea in one of the best hymn lines of all time: Prone to wander, Lord I feel it. We are prone to wander. It is in our DNA to rebel.

The movie writer and the hymn writer are saying the same thing: we are drawn that way. We are caught up in this spiritual battle for control of our souls. It is like a spiritual under-tow. We are trying to get to the shore but there is this constant force pulling us away from the direction we know we should be moving in. We are drawn toward sin … prone to wander. This is what Paul means when he tells us (Ephesians 6:12) our battle is not against flesh and blood but against the rulers, authorities and powers of the dark world and against the forces of evil in the spiritual realm.

In his lesson about prayer, Jesus teaches us to fight this battle not with behavior management but with Jesus himself. Begin in the presence of God and seek the power of God to overcome the temptations and evils that bend our will.

Temptation  in the Greek can mean an enticement to sin but it can also mean a “trial or testing.” Not all temptation is created equal.

1. There are bad temptations. A temptation is a nudge toward the darkness. It is the snake in the garden pointing Eve toward the apple. Her sin was in eating the apple. The nudge and conversation were not the problem but with each step in that direction, she increased the danger.

Hear that: It isn’t the thought that comes into our head that is the problem. The problem is what we do with it once it gets there.

2. There are “good” temptations (with bad timing). There are those temptations that come from outside of us, but there are also temptations designed to throw us off track that may seem like good ideas. Brothers and sisters in Christ, the most dangerous belief you can hold as a follower of Jesus is the belief that you are past the point of temptation. You can destroy a marriage by believing that. Or a ministry. Victory happens not when we get cocky, but when we cling to Jesus like desperate people hanging from the side of a cliff. Because sometimes the enemy will strike while we’re in the middle of doing good things. Even on our good days, we are “prone to wander.”

3. And then there are legitimate tests. Bill Johnson says, “God never sets us up to fail.” God tests. The enemy tempts. What is the difference? The enemy tempts us in order to destroy us. The enemy only has one plan. It is the plan of a desperate, defensive, defeated person: Steal, kill and destroy everything in his path — everything he can get his hands on — before Jesus comes back. When God tests, however, it is so he can refine us. The tests of God are designed not to push us over the edge but to both shape our character and prove it.

The trick, then, is learning which trails to follow and which to avoid. Paul says it this way when he writes to the Galatians (Galatians 5:13): “You, my brothers and sisters, were called to be free. But do not use your freedom to indulge the sinful nature; rather, serve one another humbly in love.: In other words, “Take my thoughts captive, God, so I’m not constantly having to battle every choice. Give me some holy boundaries out of which I can operate so I’m not always having to choose between what I want and what I can give … so I’m not always having to wrestle between my shallowness and Your depth …”

Jesus came to fight our battles for us. Which means that even if we are “drawn that way,” that doesn’t have to be the last word over our lives. We can legitimately, effectively fight the urges that come our way. We can claim victory over darkness. Jesus invites us to bring our battles into his presence where his power can draw us out of darkness and into his glorious light.

(Portions of this post are reprinted from Encounter Jesus, a seven-week study about the nature and work of Jesus that you can find at seedbed.com.)