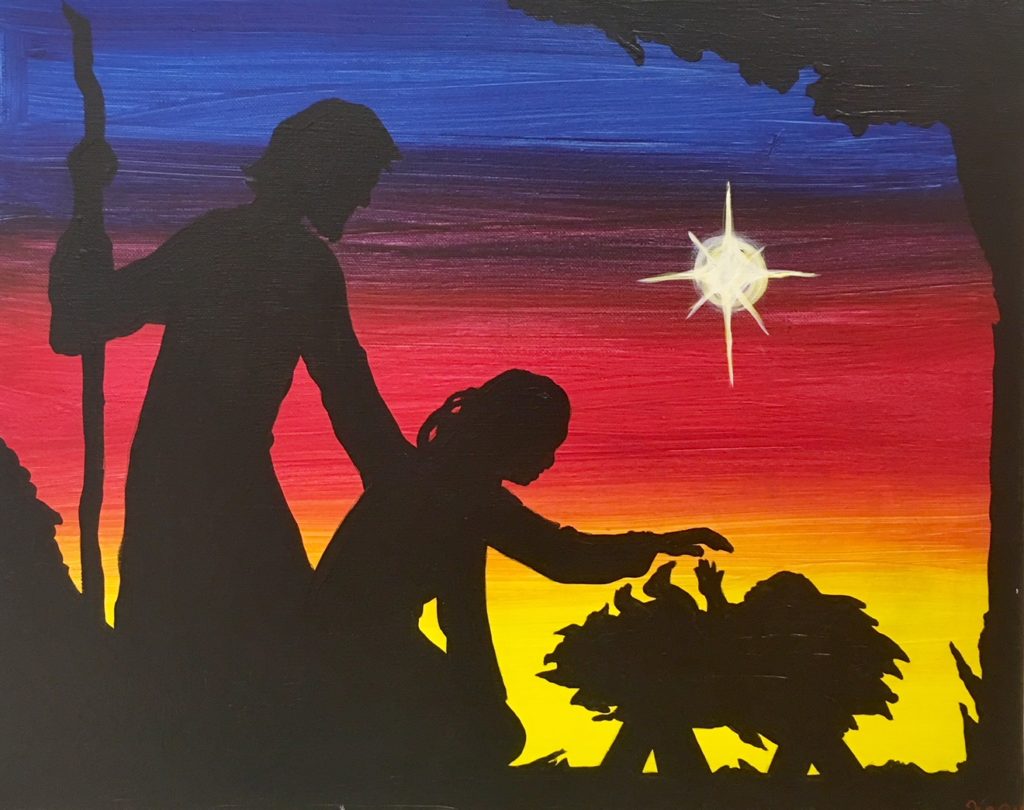 Think about the impact of one child’s birth in Bethlehem on the world we live in today. It is stunning to remember just how radically that one life has altered human history.

Jesus’ take on the value of life changed how we value children. Google “Jesus and children” and you’ll find a menu of articles, some of them claiming that Jesus basically invented children, in the sense that he defined them as people of worth. Before the culture of Christ permeated the Roman world, children were considered property, not people. They were used as slaves, often for sex, and infants were left on the street to die. Baby girls were left more often which meant more boys than girls, which meant more tension among adults and more abuse of women. When Jesus gave children value, the paradigm shift was global. And to think God did it by sending a baby, so we could no longer question what God really thinks about children and about the value of life.

Let’s talk about women. Paul said, “There is neither Jew nor Gentile, neither slave nor free, nor is there male and female, for you are all one in Christ Jesus” (Galatians 3:28). This was a radical statement, and it flowed out of Jesus’ own treatment of women. He made sure there was a place for them in the story of God. Women were with the disciples as they traveled. Women funded ministry. Women were last at the cross, first at the tomb and first to be told to go and tell the others. Jesus offered a paradigm that values women, children, the poor, the oppressed, the ones who never knew they had the favor of God. That changed everything.

And that changed education. Here’s what happens when people start thinking of other people as people. The next step is an improvement in basic human rights, beginning with education. One of the most radical social statements of Paul was his permission he gave women to learn (1 Timothy 2;11). It meant admitting that women had potential beyond their ability to bear children. And as Christianity progressed, schools became part of the Great Commission. Some of the finest academic institutions in the world were begun by Christians. Literacy is a Christian value. Global literacy was introduced with the movable press, and the first book printed on the Gutenberg press? The Bible.

Christianity opened us up to love. Jesus gave us a charge to love the hard ones — those who are sick and in prison and those who are poor. We’re told over and over in the Bible to make room in our hearts and lives for widows and orphans. This led to the development of what we now call hospitals. One of the early Councils of church leaders (the Council of Nyssa) made it a standard that every church should be attached to a place that cares for sick and poor people.

Jesus made humility and forgiveness cool. Philippians 2 explains the crucifixion and its value of humility in such clear terms. He humbled himself even unto death as a way of serving humanity and that personality trait changed the way a hierarchical world valued humility as a virtue. Conan the Barbarian was once famously asked, “What is best in life?” This was his answer: “To crush your enemies, see them driven before you, and hear the lamentations of their women.” In contrast, Jesus said, “You have heard that it was said, ‘Love your neighbor and hate your enemy.’ But I tell you, love your enemies and pray for those who persecute you, that you may be children of your Father in heaven” (Matthew 5:43). Hannah Arendt, a professor at Princeton, goes so far as to say that, “The discoverer of the role of forgiveness in the realm of human affairs was Jesus of Nazareth.” That is quite a claim.

Jesus changed the way we value people. The hymn Amazing Grace was written by John Newton, a slave trader who became a Christian as a result of a miracle on his ship. He continued to trade in slaves for years after his conversion but eventually God changed his heart, and he wrote a scathing pamphlet read by every member of the British Parliament, entitled, “Thoughts Upon the Slave Trade.” He said, “It will always be a subject of humiliating reflection to me, that I was once an active instrument in a business at which my heart now shudders.” It was a Christian emperor who banned gladiator fights, and it has been Christian missionaries who have helped humans end the practice of cannibalism.

Christians have made some of the most profound scientific discoveries. One of the biggest misconceptions of our faith that somehow science and Christianity stand in opposition to each other, when in fact, Christianity promotes the idea of a rational God as Intelligent Designer. We consider our God the inventor of the scientific laws discovered by Christian scientists — Galileo, Keppler, Boyle, Pascal, Pasteur, Newton, Schaeffer. Stanley Jaki was a physicist who famously developed the theory that, “modern scientific inquiry cannot only exist alongside religion, but that modern science only could have arisen within a Christian society.” Francis Bacon said he practiced science as a way to learn more about God. He wrote, “A little philosophy inclines man’s mind to atheism, but depth in philosophy brings men’s minds about to religion.”

What Christians believe has fundamentally changed the course of human history. The change was in process with the Jewish people, but Jesus — the life, death and resurrection of Jesus Christ — changed everything. And because of that, our day to day circumstances are not the ground of our hope. The only circumstances in which we can place hope are the circumstances surrounding the birth, death & resurrection of Jesus, and on our acceptance of those circumstances. If we place our hope in anything else, we set ourselves up for disappointment.

This is the message of Christmas. It is a message to the world that our Messiah has come and his coming changes everything at the most basic level. This baby changes my value, changes my capacity for forgiveness, changes my personality, changes my potential for understanding the world around me. This Son of God has chosen to reside in my heart, and in the hearts of all who invite him, and claiming that as my hope … changes everything.