Jesus is a dangerous idea (or, why reciting the Apostles’ Creed is a subversive act) 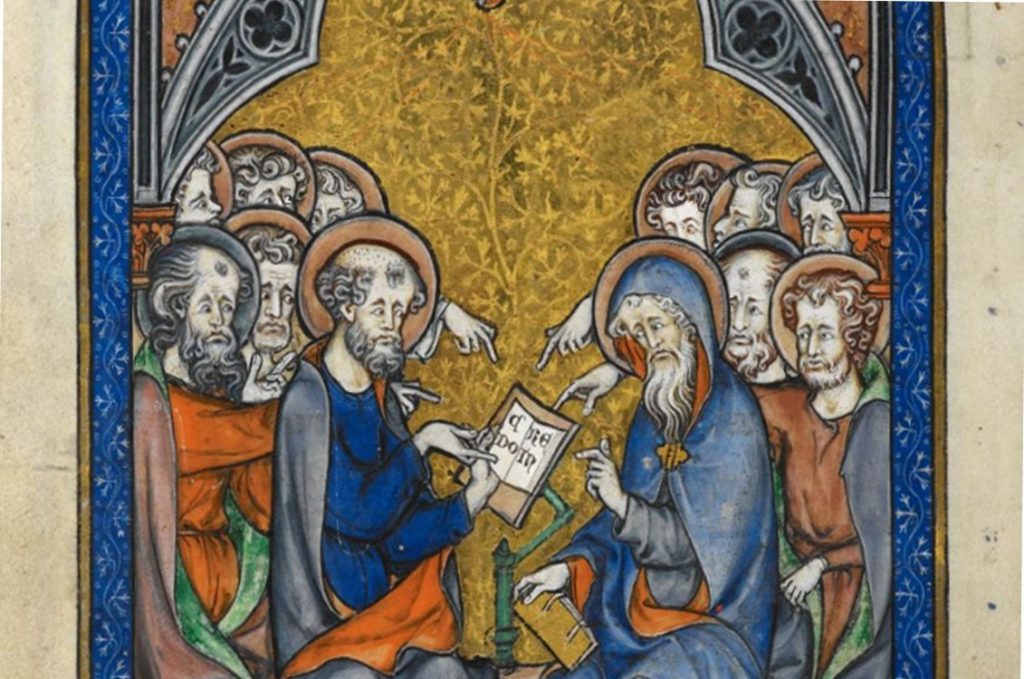 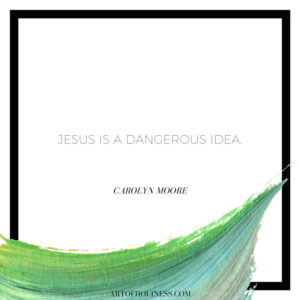 Jesus is a dangerous idea.

That was the answer Peter Hitchens gave at The Festival of Dangerous Ideas in Australia in 2014. They’d gotten their theme, I’m sure, from The Edge, an online think tank for academics and scientists. Every year The Edge offers a question and invites responses that are then anthologized into a book. The question for 2006 was, “What is your most dangerous idea?”

Hitchens, participating in a panel discussion at the Australian conference, was a well-known journalist in the UK whose brother was an even more well-known atheist (Christopher Hitchens died in 2011). Asked to respond to the question of the day, Peter’s fellow panelists offered ideas that spanned from disappointing to shocking. A famous feminist said her dangerous idea was freedom. From a famous atheist the answer was to make abortion mandatory for thirty years to control the population.

The guy hosting the discussion followed up: How could the resurrection be dangerous? Hitchens said, “Because it alters the whole of human behavior and all our responsibilities. It turns the universe from a meaningless chaos into a designed place in which there is justice and there is hope and, therefore, we all have a duty to discover the nature of that justice and work towards that hope. It alters us all. If we reject it, it alters us all as well. It is incredibly dangerous. It’s why so many people turn against it.”

Hitchens’ response was a reflection of his own remarkable story. He was raised in the Anglican church, left Jesus behind when he was about fifteen, and then came back to Christ after marrying a Marxist atheist who eventually found Jesus on her own road of discovery. When Hitchens became a Christian, he was already a respected journalist. Acknowledging faith in Jesus was a bit of a risk for him; colleagues wondered what he was doing. For years, he lived his faith under the radar.

Because Jesus is a dangerous idea.

Jesus himself said so. He said he would set people against each other, even those who love each other. If this idea of Jesus as life-giving, sin-defeating redeemer of the universe is a lie, then think of the billions — literally billions of people — who have been deluded. But if it is true, that changes everything. And if it is true, then when we confess that publicly, vocally (think of Christians around the world who weekly stand to declare one of the three historic creeds) we are participating a divine conspiracy to alter the course of the world.

And that is how a creed ought to be handled. The words we use to describe Jesus in the Apostles’ and Nicene Creeds are a statement of subversion. Carved out by people who died for those words, they have altered the course of humanity. They have blasted through atheistic regimes and changed the character of countries. Those words (and more specifically, the truths they represent) have won wars and cast out demons and angered infidels and confounded scientists. For more people than not, they make no sense but for billions they make everything else make sense.

This thing we believe? It is a dangerous idea. So how dare we stand up casually on a Sunday morning and lazily roll through the creed as if we’re scrolling through the credits at the end of the movie. How dare we treat them with such routine indifference that they no longer mean anything even to the ones reciting them week after week. How dare we allow anyone to speak the creeds without some sense that they are participating in the welcome and advance of the Kingdom of God, and indeed have that responsibility if they utter those words as if they are real.

And this is how I believe the historic words professing faith in Jesus Christ ought to be voiced when they are voiced: as if you are standing for truth and justice and everything good and the whole human design and God’s plan. And as if you intend to walk out of that moment and change the world.

Pastors, when you stand to lead your people in the recitation of the Creed on Sunday morning, for God’s sake, please shake your people awake and help them understand just what bold conspiracy they are committing.