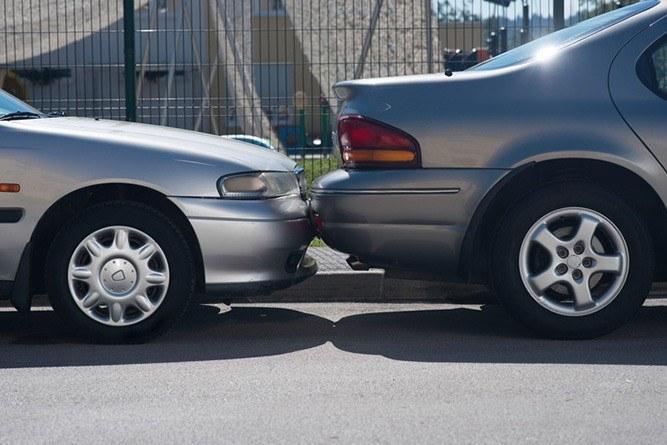 Stick with me for a minute while I share what feels like a parable. I’m not known for my stellar driving record, but the several-years-ago accident I’m remembering now was minor. Not even a fender-bender. I was pulling up to a red light and somehow bumped into the car in front of me. There was zero damage to my car, and a black mark on the bumper of the car in front of me, the kind that can be rubbed off. In most any other case, this kind of thing would have resulted in two people surveying the situation, one sharing an apology, and both going on with life. I’ve been on the giving end of just that kind of grace. It happens.

But not this time.

The person whose car I bumped was a tiny woman, older than me. She jumped from the car and began to pitch a fit. She had a very strong accent that indicated English was not her first language. I struggled to follow everything she was saying but I got the message that this car was brand new to her and she was mad that it had been hit. What was worse was that she didn’t know what to do next.

Seeing her agitation, I convinced her to pull into a nearby parking lot so I could call the cops and let them file a report. I probably could have talked her out of that (could have rubbed that black mark off myself) but I knew that helping her feel safe and heard was the right thing to do. When the cop arrived and asked us each to write down what happened, she fumed again. It took me a minute to figure out she didn’t write in English. Asking her to do so made her feel even more vulnerable. I asked the officer if I could help her fill out her incident report and I promised her I’d only write what she told me to write. That meant I’d be writing against myself but again, I knew it was the right thing to do.

Even if it ended up costing me, it was the right thing to do.

When it was all over, the policeman thanked me for being gracious (even kinder, he didn’t give me a ticket). The three of us together managed our way through an awkward moment and oddly, we all left feeling grateful, even though I’d had to work against myself.

Whatever that spirit was that caused three people to work together to resolve an issue … that’s the spirit I’d like to see in the UMC.

Right now in our tribe, there are a lot of pastors and churches — especially smaller churches — that feel a bit like that woman. They’ve been placed in a situation where they don’t feel safe and what they need most is someone to help them out. They don’t need someone to convince them of something they don’t believe, to minimize their angst, or tell them things aren’t as they think. They don’t need to be talked down to. They definitely don’t need someone stonewalling or trying to out-politic them. They just need someone with humility and grace enough to help them get where they already know they want to go, even if it costs the one doing the helping.

Let me put it plainly: Churches in the UMC — especially smaller churches — need leaders they can trust to come alongside them, interpret the process of disaffiliation, help them fill out the forms, not take advantage of the power difference, and let good people move on with their lives and ministries.

If you’re asking me what I’d hope for from the leaders of the UMC, that’s it. Why? Because its the right thing to do, even if it costs.