What makes life worth living? 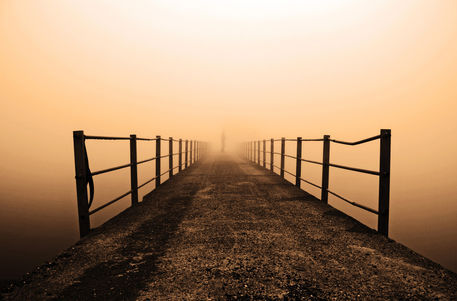 Stephen was the first to be martyred among those who knew the apostles. Polycarp was the last. He was 86 years old when they came for him; he met them at the door and fed them a meal, then asked for time to pray. As they were carrying him to the arena to kill him, he heard a voice that said, “Be strong, Polycarp, and play the man.”

When they urged him to recant the gospel, Polycarp said, “Eighty-six years have I have served him, and he has done me no wrong. How can I blaspheme my King and my Savior?” They threatened him with wild animals and then with fire, and still he refused to back down from the gospel.

A first-hand account of his death records the following:

“Then the fire was lit, and the flame blazed furiously. We who were privileged to witness it saw a great miracle, and this is why we have been preserved, to tell the story. The fire shaped itself into the form of an arch, like the sail of a ship when filled with the wind, and formed a circle around the body of the martyr. Inside it, he looked not like flesh that is burnt, but like bread that is baked, or gold and silver glowing in a furnace. And we smelt a sweet scent, like frankincense or some such precious spices.”

Polycarp teaches me that there are far worse things in the world that sacrificing my values for the sake of self-preservation. It is ironic that both the sheer act of existing and life abundant are both considered living, when in fact one is the very opposite of that.

I’ve never been a fan of the kind of Christianity that focuses all its energy on where you go when you die, as if that is all that makes faith in Christ worth the time. Salvation is so much more than a ticket to heaven. I have even less patience for the kind of Christianity that makes it all about “your best life now.” I am confident Christianity is supposed to be more than a lifestyle choice that offers prosperity in the here-and-now.

Well, that is worth living for.

And with deepest humility and gratitude in the face of such courageous faith, I say “thank you” to all those who have stood bravely for the faith — joyfully even, at the prospect of a violent death — recognizing that Jesus is worth it. Thank you for allowing us to stand on your shoulders. And today, I pray for those who wake up every morning prepared to die for the cause of Christ. May my witness where I am strengthen your stand where you are.

We need a workable strategy for navigating beyond the theological mines and injustices of a fallen world, so we can spend our energy on what I failed to see beyond that sign: an impoverished community in desperate need of a fair account of the gospel.

RT @ReverendEDW: "Do you see this woman? (Lk. 7:44)" I see you @CarolynCMoore. Thank you for helping me to rightly relate to God by honor…

RT @ZReflective: "@CarolynCMoore has blessed the church with a road map for effective ministerial leadership as a woman empowered and bless…