One thing God said was not good 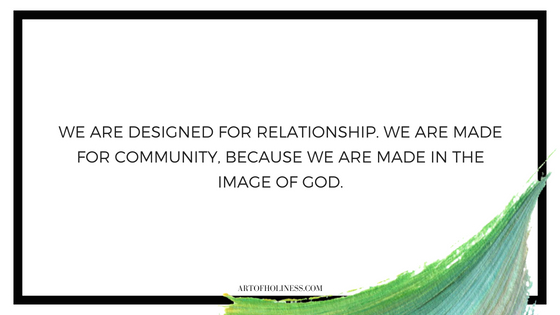 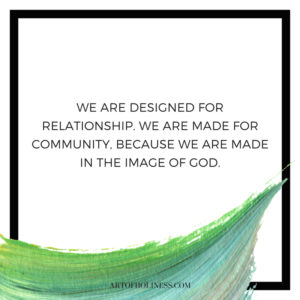 Over the last 75 years, researchers at Harvard have tracked the lives of 724 men.* These men were children when the study began. For 75 years, they’ve been tracking these lives to record the state of their home life, work, health, outlook.

Some men in the study became rich and famous. One became President of the United States. Others fared poorly. Boiling all this time, life and data down to its most basic lesson, this is what Robert Waldinger (current director of the study) labels the clearest message to emerge from this effort: “The message has nothing to do with fame or wealth or working harder. The real lesson from these lives is this: ‘Good relationships keep us happier and healthier … Over and over, over these 75 years, our study has shown that the people who fared the best were the people who leaned in to relationships, with family, with friends, with community.”

Seven times in the creation story, God makes things and calls them good. The seas are good. The sun and moon are good. The plants and fish and animals are good. People are good. But then after seven scenes of goodness, God finds a flaw — one thing that isn’t quite right.

It is not good that the man should be alone.

This isn’t God adjusting a piece of furniture to get the right effect. This is God instilling in the pinnacle of his creation his most essential quality. He is a God who loves, even within himself.

God has infused his creation with his own personality. Creation will not be defined by independence. It will not be one toddler saying to the universe, “I can do it myself.” Creation will be defined by the same love that defines the Trinity. The first creation story in Genesis emphasizes the partnership between a man and a woman. The second creation story emphasizes the man’s need for relationship.

God’s brand of love only happens in community. It is the pre-fall answer to the sin of autonomous solitude — the state of believing I am all I need. Solitude is not good when solitude leads us to believe that one person alone — without community — can somehow image the God who created us.This is not good.

We are not islands unto ourselves.

This is why we join churches and go to movie theaters and happily pay $4 at Starbucks for coffee that costs less than ten cents to make at home. It is because we are designed for relationship. We are made for community, because we are made in the image of God.

Here is the real shame of what our culture has done to marriage. It isn’t that we’ve made it disposable or that we’ve made too much of the wedding and not enough of the relationship.  The real shame for the Church is that we’ve failed to teach the rich and relationship-rooting theology beneath it. We have focused more on mechanics or “chain of command” than on submission to something bigger than us. A covenantal marriage paints a picture of the love between Christ and his Church and of the covenant between God and his people. Marriage tells the Easter story — Jesus lays down his life for us — and marriage points to the glorious conclusion of the creation story, when all things will find their fulfillment not in getting our needs met cheaply but in the rich-beyond-measure love, cover and hope of a good and faithful God.

* “What makes a good life? Lessons from the longest study on happiness” is a TED talk. Watch here.