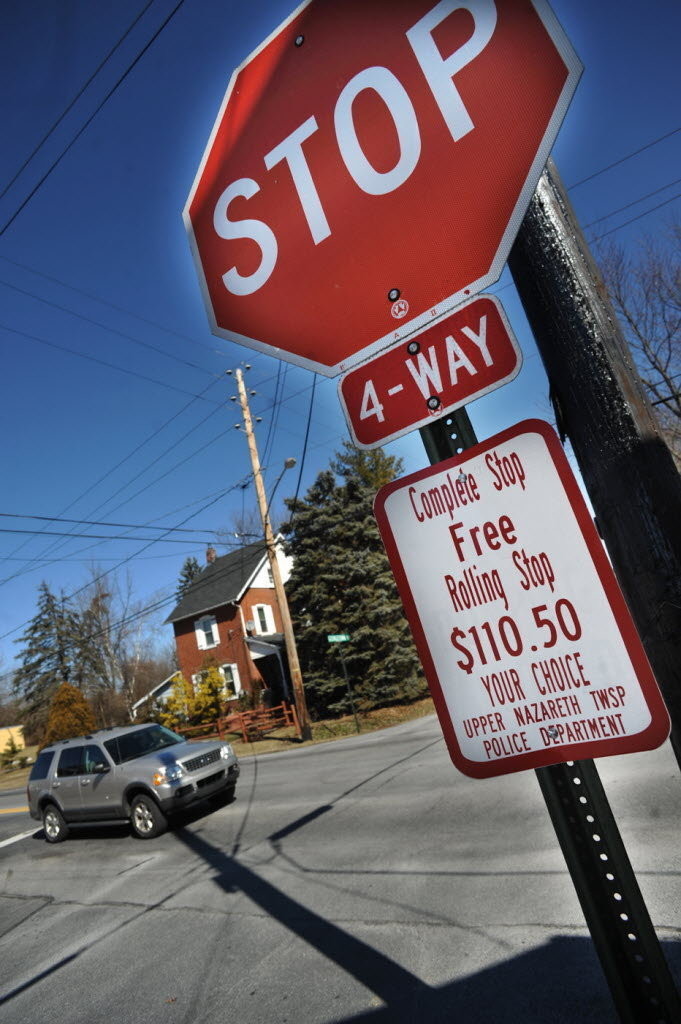 You know what a rolling stop is, right? It is what less responsible (or more distracted or in-a-hurry) drivers do when we get to an intersection. We sort of stop, but not really. We pull up to a stop sign, glance around, then start to pull off before the car fully stops. But then, just about the time the hood of the car is in the center of the intersection, we see the cop sitting there just behind a tree, looking for people like us who roll through intersections without actually stopping. We see him and there we are, sitting in the middle of the intersection. We put the brakes on to stop completely. Then we pray for mercy. Then we start again.

And as we drive on through, we hope.

As with driving, so with life. That complete stop is the step many of us miss. There we are, speeding along with our bad habits and dysfunctions, hoping we don’t get caught. Then something happens to get our attention. We realize we probably ought to stop but instead of bringing everything to a complete halt, we tend to roll through the intersection.

That may be our pattern, but that is not the pattern of the resurrected life. For resurrection to happen, the body has to stop. In a real resurrection, there is a period of darkness, of battle, of facing the enemy of our souls, of facing the lies head-on and speaking truth over them so they lose their sting.

Resurrection isn’t about rolling through the intersection. It is about killing the old life so something completely new can exist.

That decision to roll through the intersection seems harmless most of the time. Maybe even more efficient. No one is around, we think.  What’s the harm in it? Where’s the harm in me holding onto this one habit, this one grudge, this one offense? Can’t I just roll on through and hope for the best?

That means everything is on the table, nothing held back. I will do whatever it takes, by any means possible, to experience life in all its richness.

Because “whatever it takes” is the difference between a rolling stop and a resurrection.