Just how angry are you? 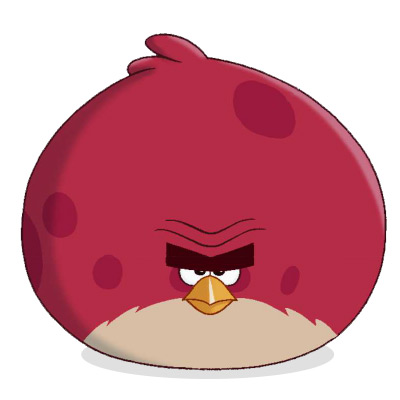 The Institute for Ethics at Duke University conducted an online survey of about 1,500 people as part of a project designed to measure the morality quotient of Americans. They asked people to rate how likely they’d be to do certain morally questionable things like, for instance, kicking a dog in the head. As it turns out (happily), seven of eight respondents would refuse to do that and in fact, would turn down any amount of money up to $1 million to kick Fido in the noggin.

However, half of the participants said they could be motivated to throw a rotten tomato at a politician they dislike. For free.

Would you be among them?

There is no denying it: we have a maddening political climate. We also have anger issues. Anger is not a secular issue; we who follow Jesus are not immune. Just check your Facebook page. In fact, more and more, anger is becoming part of our caricature. Angela, the token Christian on The Office is an angry, tight-lipped, buttoned-up woman. In most cartoons and commentaries, we’re known as the ones who sling condemnation.

So really … are we that angry?

(You’ve heard the old joke– right? — about the shipwreck survivor they discovered on an uncharted island. The ship that spotted him sent a rescue team to shore and found the man alone among three huts. They asked what the three huts were for, since there was no one else around. The survivor explained, “Well, I live in one and go to church in another.” “What about the third hut, then?” asked a rescue team member. “Oh, that,” growled the man. “That’s where I used to go to church.” It is funny only because it is familiar.)

Face it. Christians have something of a reputation and it is only getting worse. I suspect we’re operating out of fear. We’ve pitted our values against a permissive culture and it has left us feeling powerless. In the comparison we’re accused of being angry, condemnation-tossing haters. And to some extent, we deserve the criticism. We who follow Jesus too easily pander to the reputation of being known for what we’re against more than what we’re for.

Wouldn’t it be exciting for Christians to be known more for the infectiousness of their faith than the accuracy of their tomato-tossing?

George Barna is a researcher who does ethnographic research on churches, and one study he did showed that only 4% of adults make their decisions based on the Bible. In his book, Think Like Jesus, he says, “the primary reason that people do not act like Jesus is because they do not think like Jesus … We’re often more concerned with survival amidst chaos than with experiencing truth and significance.”

Hear that again: We are often more concerned about survival amidst chaos than with experiencing truth and significance.

“Survival amidst chaos” hits close to home, doesn’t it? These last couple of years have been hard on our country. I hope we are on the healing edge of a long season of chaos, and chaos has not brought out the best in us. We are not thinking like Jesus. We have become so focused on what is in front of us that we’ve forgotten what is beyond the horizon. We’ve engaged emotionally with difficult issues but have failed to speak with integrity, offering emotional responses that are more defensive than intelligent. Our go-to response is more fear than faith.

But you say, “A person can’t sit idly by and let the world roll over them.” Or more personally, “You don’t know my circumstance — how hard I’ve had it and how much it hurts. I can’t lose this war, too.”

To that, Jesus would say, “It doesn’t matter. The ground of our forgiveness is not our circumstances. The ground of our grace is not emotion.” Jesus told a whole story to make this very point (Matthew 18:23-35) saying that grace is a mark of the Kingdom.

Here’s the thing: If it all depends on circumstance, we are right to be desperate. Circumstances can seem hopeless but circumstances do not control my capacity for joy. We who know the end of the story should be responding to life and news and “rumors of wars” with a faith that proclaims something greater than our immediate circumstances. In other words, I don’t have to wait for folks to act right so I can have peace; I can live there now, by faith.

Brothers and sisters, whatever the current circumstance, we know how the story ends. We know what is beyond the horizon.

Let’s live and speak as if Jesus is who he says he is.