Spin, excuses and denial (or, What pride sounds like) 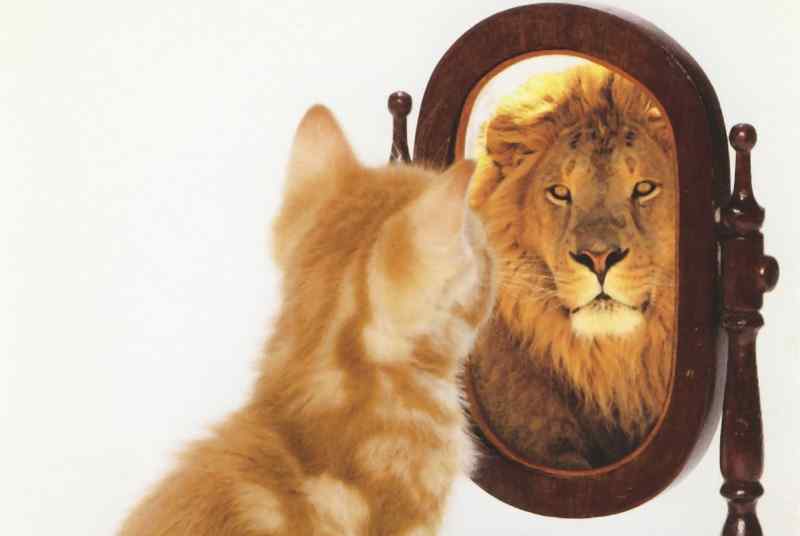 “This is the crisis we’re in: God-light streamed into the world, but men and women everywhere ran for the darkness. They went for the darkness because they were not really interested in pleasing God. Everyone who makes a practice of doing evil, addicted to denial and illusion, hates God-light and won’t come near it, fearing a painful exposure. But anyone working and living in truth and reality welcomes God-light so the work can be seen for the God-work it is.” — John 3:19-21 (The Message)

Because I’m so hopelessly in love with the community of Christ, I’ve spent a bit of mental time contemplating how healthy community works. That line of thinking naturally leads to a conversation about pride and humility and the ways they manifest themselves in our relationships. Pride is the big killer of community and it affects our communication at a most fundamental level.

What do we know about pride? For starters, pride manifests as self hatred.

Self hatred distorts how we communicate, because it creates a focus on the SELF. We tend to feel threatened when our sense of self is weak. It is our nature to preserve our survival, whether physical or emotional. When we feel threatened — when the survival of our “self” feels attacked even from within — we will go to any length to protect it. Becoming focused on the self for the sake of self-defense necessarily means taking our attention off other things, including God.

How does pride or self hatred manifest in our conversations?

Self defense begins with denial. “It isn’t my fault!” How often do our responses begin there, even if only internally? To uphold my delusional sense of self I have to externalize the blame and make others the problem. This thing you’re saying about me or blaming me for can’t be my fault — not if I’m responsible for the survival of my identity.

To own responsibility means I’d have to my own woundedness or inadequacy. That kind of admission is a threat to a weak identity.

Externalizing leads to excuse-making — the language of victims. Now I am a victim of others’ bad behavior. If they would act right, we’d all be fine but since they won’t I now have to claim them as the problem.

So I make excuses.

Externalizing is a big issue for those whose sense of self feels threatened. We can’t afford the risk of taking responsibility (remember? We are already in a weakened state) so we flail about to find someone or something external to ourselves who must be the cause of our pain or inadequacy. It must be my parents’ fault or my spouse’s fault or maybe this is about a co-worker or team member or … someone. Just not me, because I can’t emotionally afford to take the hit.

A more subtle kind of excuse making is “spin” — the habit of changing the facts so they more comfortably fit my reality. I present a view that frames me and my behavior or circumstances in the most positive light. Usually my spin will be at the expense of someone else’s reality, but in my need to frame myself as positively as possible I must ignore the collateral damage.

Spin, excuses and denial are all ways we hide. Hiding is the habit of people who are threatened. We hide because we are convinced that if we expose the truth of our inadequacy we will be destroyed or at least further wounded. This is the point of John 3 (see above). Jesus tells us we’ll hide things, but only because we are afraid of the light.

We not only hide the truth from others; we hide it from ourselves. But here’s the thing: If a person can actually get to the place of asking, “Why do I feel threatened?” and can follow that out to its logical conclusion, s/he will likely discover the threat is not real. The defenses we launch wouldn’t survive rational analysis because our fearful, defensive thoughts are themselves lies, encouraged by the father of lies.

A more subtle and insidious form of self-protection is passive aggression. Passive aggression is another way to hide. It reveals a deep weakness in identity formation and is the opposite of courage. It is just what the name implies — a form of indirect hostility masked by a subtle brand of lies. Passive aggression looks like procrastination (“I will say I’ll do this, but I’ll drag my feet so I control if and when it actually happens.”), negative emotions (“I will express my feelings not with words but with how I love someone.”), ignoring responsibility (“I will listen to what is expected, but I will only do what I choose to do.”).

Passive aggressive communication is slipping unspoken signals into our behavior so we passively communicate a negative message. It is sneaking in our anger, disapproval or disagreement without actually owning the courage to state it maturely and directly. It is any behavior that keeps us from submitting out of reverence for Christ (Ephesians 5:21) to a relationship with which we’re internally at odds.

Passive aggressive people lie by not directly expressing their feelings or by hiding the script, as someone has said. When confronted, they often deny having a hidden agenda. What a passive aggressive person is after is control which manifests as silent rebellion.

The most glaring dysfunction in the communication of self-haters is conscious lying.

This is a hard, fast truth: addicts lie. What we don’t often acknowledge is the variety of forms in which addiction manifests. I can be addicted to myself and to self-preservation just as surely and destructively as I can be addicted to a chemical. In fact, self addiction is chemically fueled, in that the unhealthy stress hormones released by feelings of failure or inadequacy become compelling triggers motivating me to avoid truth.

All these levels of dysfunctional communication spring from the same root: self protection. We are guarding against any reality that might force us to change from our current ways of behaving while we desperately protect an identity we feel is in danger.

Self protection centers on one key word: SELF. It is the enemy’s first line of defense. He doesn’t care if I love myself too much (narcissism is a pathological form of pride we’ll save for another conversation) or hate myself even a little; either end of that spectrum works. In either case, my mental posture will keep me focused on SELF which means I will have less room for God.

What is the alternative? Here are a few questions to sit with in the presence of the Holy Spirit: