The best you can do is good enough. 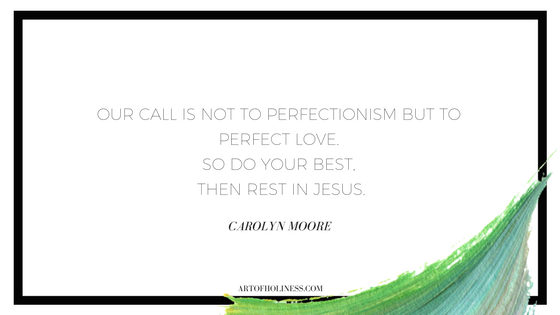 The Israelites did not complain. I don’t know how I missed it before but in the lengthy and detailed story of the building of the tabernacle, there is no record of complaint ever by the Israelites.

I’m not talking here about their day-to-day existence; I’m talking about when they were constructing the tent that would stand as a sign of the presence of God in their midst. The Israelites — who complained about everything; who wanted to return to Egypt and slavery so badly that they might as well have walked through the desert backward; who required a system just to hear the arguments they had with each other — do not seem to have complained at all through the entire construction of the tabernacle. The story says that when they were asked to build it, they gave out of their hearts freely, more than was needed, for the materials. And they seem to have organized amiably under the leadership of two lay persons who would direct the work. Through that whole process, they never complained, or at least no one complained enough to deserve mention.

Let me just say that again: There is no record of a complaint during the world’s first church construction project.

Talk about a miracle.

And just as noteworthy is how God and Moses received their work when it was done. Keep in mind that this was intricate, high-level craftsmanship directed by meticulous instruction and under the guidance of regular guys who had probably never built a tabernacle before. Yet, when they were done Moses’ response rates one verse (Exodus 39:43): “Moses inspected the work and saw that they had done it just as the Lord and commanded. So Moses blessed them.” No tick list of change orders, no tweaking, no discouraged gee-I-wish-we’d-done-that-part-differently comments. Moses simply inspected it, saw they’d done their job faithfully and then blessed it.

This one verse is bigger than we may realize because here’s the thing: It isn’t possible — we’ve all been in enough construction projects to know — that they did everything perfectly. The work was too meticulous (God gave instructions right down to the design of the curtain holders) and the people were just not that bright. But at the end of the day, according to how the story is told, the best they could do was good enough. In other words, obedience trumps perfectionism. Every time. 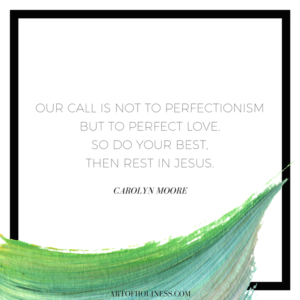 The tabernacle, then, becomes the Old Testament visual aid for being made perfect in love. God didn’t demand perfection in the details but seemed to grade on faithfulness. They did everything as the Lord commanded, the Word says, and my suspicion is that they were graded not on accuracy of detail but on the spirit of the thing. And on the spirit of it, they passed.

Which means that our call is not to perfectionism, but to perfect love. A good spirit. No judgment … just a commitment to being in community under the Lordship of a holy God.

So this month, our church begins in earnest a construction project that will take several months to complete. If God is consistent, and if he tends to act currently as he has in the past, then we will be graded in this project not on accuracy but on the spirit of the work. By that standard, I hope we pass and when we are done, I sure hope we will take the example of Moses,  accept the finished product as it is and move on to the work of leading people through deserts and into the promises of God.

In his book, The Beatitudes, Simon Tugwell writes,

God loves who we really are – whether we like it or not. God calls us, as he did Adam, to come out of hiding. No amount of spiritual make-up can render us more presentable to Him … His love which called us into existence, calls us to come out of self-hatred and to step into his truth. “Come to me now,” Jesus says. “Acknowledge and accept who I want to be for you: a Savior of boundless compassion, infinite patience, unbearable forgiveness, and love that keeps no score of wrongs. Quit projecting onto me your own feelings about yourself. At this moment, your life is a bruised reed and I will not crush it, a smoldering wick and I will not quench it. You are in a safe place.

This is a good word about a creative God who does not poke around in our souls for deficiencies. He does not look for the flaw, nor does he grade us as we do one another (or worse, ourselves). We know this because when God himself entered into the original construction project (creation), he called all of it good. There is no record of tweaking, just enjoyment of the process. And then when he was finished, he rested and that rest is proof that our Father is at peace with us, his creation. He can look at us and be at peace not because everything is perfect, but because He is perfect.

His example is our directive: Do your best, then rest in Jesus. Rest is how we demonstrate trust in the goodness of God. Rest is a willingness to trust God with the questions and to believe that the best we can do is good enough for him.

When is the last time you rested in Jesus an act of trust in God?