The Gift of Prevenient Grace (or, Lessons learned from the worst night of my life) 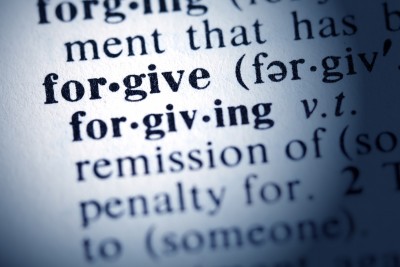 On the most difficult night of my life I stepped out of a house into the street and found myself by a terrible mistake in a car with total strangers. I was a young woman at the time, a student. Living on the wild side, I often found myself risky situations. This one took me over a line I didn’t intend to cross.

The incident turned into a nightmare and four hours later I was dumped out on a road, where I would pick myself up and begin the process of healing from a horrible assault, the memories of which would haunt me for years. It took seven years, in fact, for me to make it back to Christ and then only because someone asked me, even though I was not a practicing Christian at the time, to lead a college Bible study. By studying as the leader of that class, I rediscovered my faith and gave my life back to God. I accepted His forgiveness for a mountain of sin and in the process I found forgiveness for the ones who had hurt me.

At the time of the incident, I was on the front edge of a new dating relationship with a young man who would eventually become my husband. He wasn’t with me when I was assaulted but he was there within moments of my desperate, heart-broken phone call. Seeing me so broken created an anger that would torment him for years. How do you forgive people who so violently hurt someone you love?

Some ten years after that incident on a spring afternoon, Steve admitted to himself in what was an otherwise normal time of prayer that he was not able to forgive those people who had done such a horrible thing to his wife. He didn’t know what to do with this lack of forgiveness, so he decided to do what any busy, practical person does. He stuffed it.

But God wouldn’t let it rest.

In fact, it seems now, as we look back on it, that in that confession God was preparing my good husband to forgive. In October of that same year, he went on a spiritual retreat. During the weekend when he was invited to make a kind of personal inventory, he came face to face with this issue and found himself crying out to God.

Steve told God he was unable to forgive. He said, “Lord, if it is going to happen, you will have to do it. I can’t.” He says it was as if God answered him in that moment, saying, ‘Carolyn has forgiven them. Why can’t you?” Steve said he had to admit to God that he just couldn’t forgive. He didn’t have it in himself. He didn’t yell at God or try to justify anything. He just plainly acknowledged what was. “God, I can’t forgive them.”

Honesty is something God can work with. John 3 teaches us that anything in the dark belongs to the enemy of our soul. What we bring into the light becomes the property of Jesus. God works with honesty. In that moment, the Father answered Steve simply. “I was with her the whole time.”

It wasn’t a justification of what happened. It didn’t answer all the questions. But somehow, that truth was enough to allow Steve to let go of the anger and pain.

God knew, and that was enough.

Psalm 139 says, “O Lord, where can I go from your spirit? Or where can I flee from your presence? If I ascend to heaven you are there; if I make my bed in the depths of Sheol, you are there. If I take the wings of the morning and settle at the farthest limits of the sea, even there your hand shall lead me, and your right hand shall hold me fast.” My husband, Steve, tells me — and scripture confirms it — that on a night when I experienced a little piece of hell, God was with me even then. When I was as far as I’ve ever been from a relationship with him — in the pit of my life, living in the darkest valley — God was still there. He never left me alone.

And this is the strength of his grace. It is that willingness of God to be there no matter what, so he can be there when we finally turn to him. Prevenient grace is that strong willingness of God to bear our stories of rejection and inadequacy, of dark nights and angry days and even our own stories of sin and shame. God’s grace is strong enough to bear the pain we’ve caused others as well as the pain of others that we feel. God is there through all of it. God has been there the whole time, watching, grieving the pain of it but in his strength, waiting.