The only reason to believe 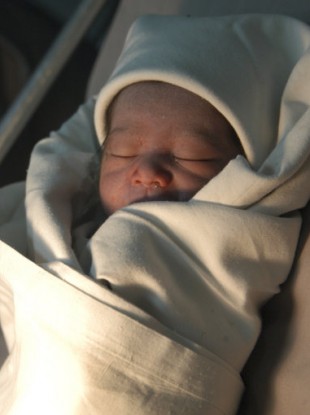 Lee Strobel’s masterful book, The Case For Christmas, tells of his journey from atheism to Christianity while investigating the claims of Christ.

He tells the story of interviewing a guy named Louis Lapides, a Jew who had almost no exposure to Christianity. In fact, the only thing he “knew” (or thought he knew) about Christians was that they didn’t like Jews. That distorted belief didn’t endear him to our scriptures.

When Louis was seventeen his parents divorced, and for him the God who was already distant became pretty much non-existent. He went to Viet Nam, got into drugs, got depressed. He ended up one day on a sidewalk in California arguing with a group of Christians about the existence of God and the reality of Jesus. When all his other arguments failed, he told them he couldn’t believe in Jesus because he was Jewish.

One of them asked him, “Do you know of the prophecies about the Messiah?” Louis had never heard about the prophecies — the ones in our Old Testament, his Jewish scriptures — that pointed to Jesus as Messiah. That was astonishing information to him. This was the first he’d heard that there might be a connection between his Jewish faith and this Jesus. The guy on the sidewalk offered him a Bible and said, “Read the Old Testament and ask the God of Abraham, Isaac, and Jacob – the God of Israel – to show you if Jesus is the Messiah. Because he is your Messiah. He came to the Jewish people initially, and then he was also the Savior of the world.”

He went home and started with Genesis. To his amazement, as he read he found one prophecy after the next (more than four dozen major ones) pointing to a prophet who was greater than Moses. Strobel says Louis was stopped cold at Isaiah 53, a prophecy written more than 700 years before Jesus.

There was nothing beautiful or majestic about his appearance, nothing to attract us to him. He was despised and rejected – a man of sorrows, acquainted with the bitterest grief. We turned our backs on him, and looked the other way when he went by. He was despised, and we did not care. Yet it was our weaknesses he carried; it was our sorrows that weighed him down. And we thought his troubles were a punishment from God for his own sins! But he was wounded and crushed for our sins. He was beaten that we might have peace. He was whipped, and we were healed! All of us have strayed away like sheep. We have left God’s paths to follow our own. Yet the Lord laid on him the guilt and sins of us all.

This was the Jesus those sidewalk prophets had been talking about! This revelation left Louis with the only conclusion he considered reasonable: Christians must have altered the Old Testament to make all those prophecies sound like Jesus!

Louis knew how to verify his suspicion. He called his grandmother and asked her to send him a copy of her Jewish Scripture. When he read it and found that it matched the Christian scriptures … well, that’s when he started running out of arguments.

“A record of the ancestors of Jesus the Messiah, a descendant of David and of Abraham.”

A few days later, before his life was all cleaned up, he told God, “I have to know beyond a shadow of a doubt that Jesus is the Messiah. I need to know that you, as the God of Israel, want me to believe this.” Louis says that in the next moment, somehow, experientially, God convinced him that he exists and Louis became a follower of Jesus. God didn’t give Louis one more answer. He gave him himself.