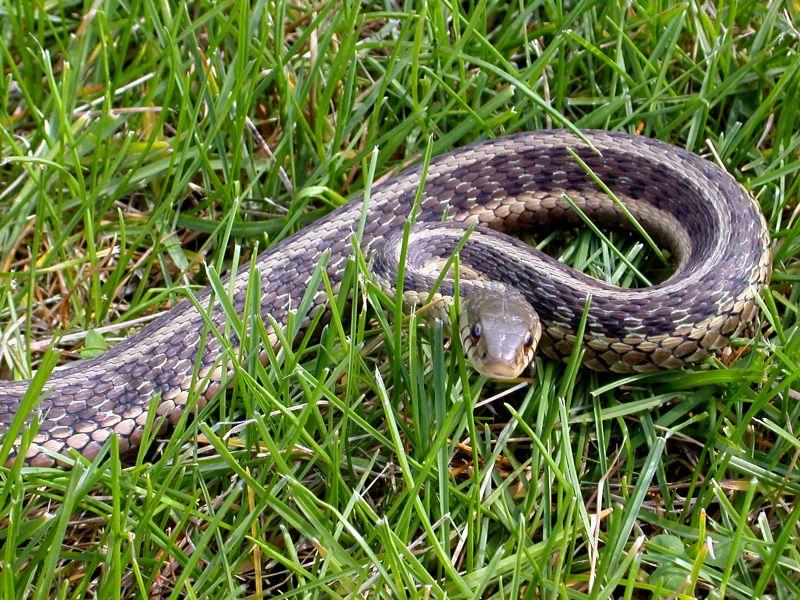 When we were in Kentucky, we lived in a little townhouse that had boxwoods on either side of the front door. In our first spring there, we discovered that snakes love boxwoods. There was a mama snake who visited us every spring so she could have her babies in our shrubbery. Sometimes we’d come home in the afternoon and find as many as fifteen little snakes sunning on the tops of our boxwoods. Which were (have I mentioned this?) right next to our front door. Eventually, we got used to them and in fact, by the time our last spring in Kentucky rolled around, Steve would just pick them up barehanded and take them across the street to a big field.

One day, I was in the front yard when our daughter, Claire Marie (she was about five or six at the time) came tearing around the house in serious distress. She was screaming that she’d seen a snake in our back yard. Because one thinks sensibly about such things when one is in the front yard and the snake is in the back yard, I thought this might be a great opportunity to help my daughter get used to snakes. I took her by the hand and said, “Sweetie, let’s just go look at it. Snakes won’t hurt you if you don’t bother them. In fact, they are usually more scared of us than we are of them.”

These are the sorts of things parents say that they don’t really believe.

We walked to the side of the house and sure enough, there was the snake. He was curled up directly beneath our dog, Opie, who was standing there staring at us, clueless about any snake in his world (Opie was never known for his intuition).  Since he was standing directly over the snake, I began calling for him to move. Seeing my concern, Claire Marie began yelling at him, too. And then Opie started barking — not at the snake, of course, but at us.

There we were, trying to get the dog off the snake while the dog barked at us and a snake sat idly beneath him.

Finally — it must have been the commotion — the snake shot out from under the dog and zipped across the yard.  It slithered right across my baby girl’s feet, at which time I was no longer a snake advocate. I grabbed my daughter. Claire Marie screeched. The snake slithered off.  And Opie remained clueless.

He never saw the snake.

And I think to myself: how many of us are sitting on top of our own snakes (think: sin, hang-ups, issues) while we bark at the people all around us and wreak havoc in our relationships as if it were everyone’s fault but ours?

The problem with this strategy is that most of the time (Jesus actually says this) the issues we have with other people are simply a reflection of our own.

In other words, don’t bark at others when the snake is beneath your feet.