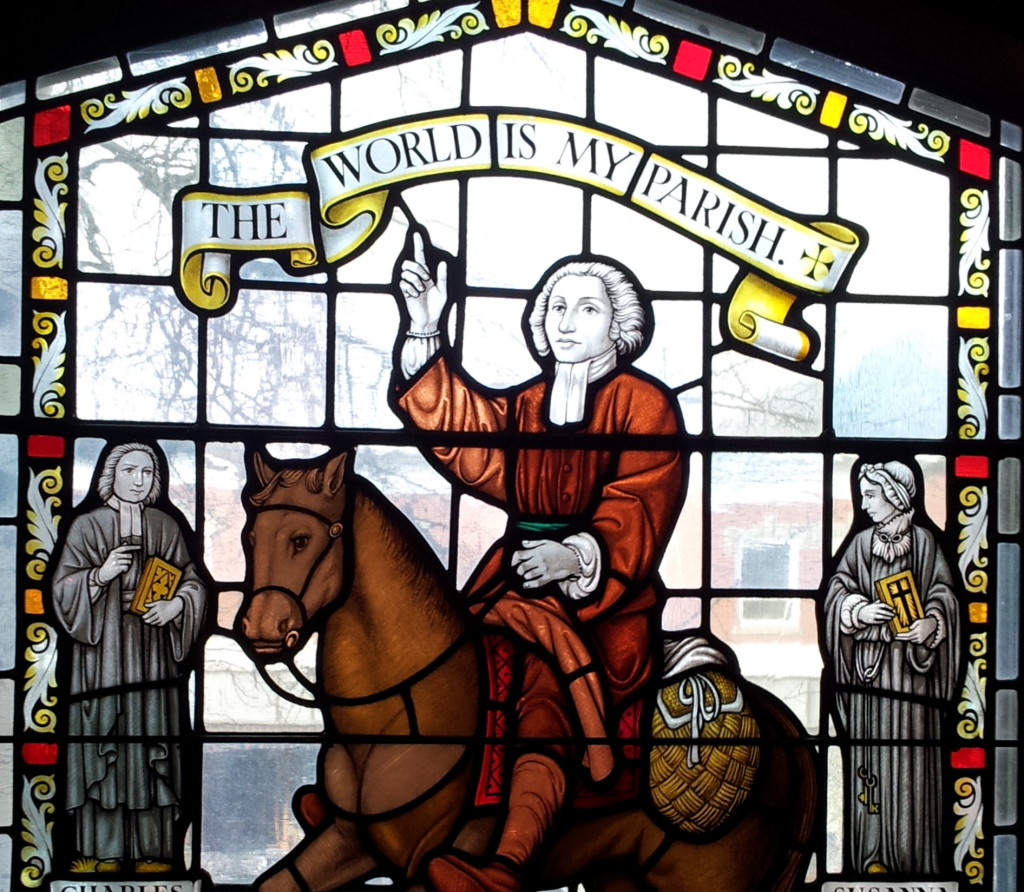 John Wesley, the driver behind the Methodist movement, was raised in the Church of England. His father was an Anglican priest. His brother was, too. Wesley was surrounded by churchmen.

He became a priest himself but early on, experienced a restlessness with “church as usual,” finding himself frustrated with what he saw as lifeless religious rites that lacked power to transform lives.

To Wesley’s mind, the Church of England was stuck. It had somehow lost touch with the Holy Spirit. Wesley was a popular preacher, so he began to preach about what he was seeing as he traveled throughout England from church to church. Preaching against dead religion and in favor of the Holy Spirit got him kicked out of every church in his country.

Once he ran out of buildings to preach in, Wesley began preaching in open fields to thousands of people. He saw mass conversions, living out Paul’s exclamation: “Woe to me if I do not preach the gospel!”

Even preaching in open fields garnered the ire of other pastors. The Church of England was divided into parishes, after all, and those fields in which Wesley preached were in someone’s parish. Pastors would write to him, demanding that he stay out of their parish. Wesley returned fire on one such pastor, writing a letter in response in which he said (in effect), “I have an option. I can obey church law, or I can obey God’s law. Since I have no parish, then the world is my parish.”

It has become one of Wesley’s most famous lines. The world is my parish. It graces seminary walls and serves as a byline for mission organizations. We want to claim that line over our call to be on mission to all the world, in the spirit of Acts 1:8.

The world is our parish! Let’s take the gospel to the ends of the earth! No rest until every ear has heard, every heart has received, every knee has bowed.

All great aspirations, only that’s not what Wesley meant. In the context of his circumstances and that letter, Wesley’s sentiment was not primarily a statement about missions. This was his stand against dead religion. He refused to be jerked around by lifeless forms that keep people stuck in their spiritual numbness. He refused to let rigid structures and hard hearts determine for him to whom he would preach this gospel. Like Paul, Wesley had decided he would become all things to all people so that by all means he might win some.

True, our mission field is the world. In fact, we ought to insist on a global gospel. But Wesley’s point when he penned that line is that our mission is not to cater to dead forms of religion.

We simply don’t have time for that.