Waiting in the Valley of Perseverance 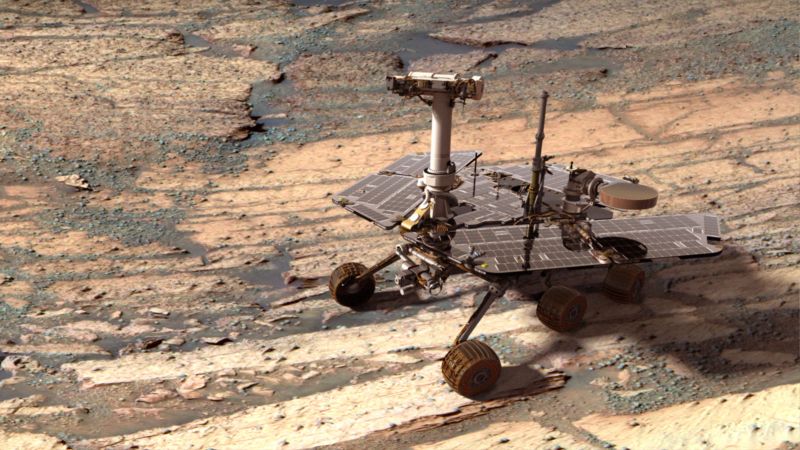 Three days ago, I’d never heard of a rover called Opportunity or the Valley of Perseverance. I first heard about it from the Holy Spirit himself. I’m in one of those seasons right now. It isn’t darkness, exactly, but it is dimmer than usual. There is a subtle resistance in my spirit, a sense that I’m having to work just to keep moving, having to press through when I’d rather lay low. We all have those times when it feels more like walking through mud than walking on water, and I’m in one of those. I wouldn’t classify it as depression or doubt or fear or even anxiety. Nor is this a time when God seems silent. To the contrary, he seems remarkably close. My times in his presence are rich. I can hear his voice. That makes me suspect there is more to this season than a bad mood.

But what to call it, then? When I asked the Lord about it — “Lord, am I sliding backward? Am I spiraling down into an old familiar darkness?” — here’s what I heard: “This is the Valley of Perseverance.” I’d never heard of such a valley. I assumed it was in the Bible somewhere, but I couldn’t recall where so I looked it up.

It isn’t in there.

The Valley of Perseverance is a place on Mars, and I’m just finding out about it though it happens to be in the news right now. Earlier this year the rover named Opportunity got stuck there. Somewhere in mid-June, a dust storm kicked up, a big one that has since grown to epic proportions. Because Opportunity is powered by solar energy, the severe dust is keeping the rover’s solar panels from being able to absorb light. So now, two months into this storm, there sits Opportunity surrounded by dust and grounded, unable to charge its batteries for the lack of light.

Researchers monitoring the situation are hopeful for two things to happen. Eventually, the dust storm will settle, they assume, though that won’t be the end of Opportunity’s challenges. When the dust settles, it will inevitably settle on the rover’s solar panels, solving nothing. The second hope after the dust settles is that a wind will blow through and clear the panels of dust. This is a quote from a NASA report on the situation (but doesn’t it sound like something out of Isaiah?): “The sun breaks through the haze over the Valley of Perseverance, and soon the light there should be enough to allow Opportunity to charge its batteries.”

But for now, the only option open is to wait it out.

I’m stunned by this revelation, taken by it. That God would draw from this story to speak to my inner angst is powerful. It reminds me that he is not just my friend, or even the God whose got the whole world in his hands. He is the God of the universe, and certainly big enough to hold me in the valleys.

In this word, he has shown me that not all down days (or weeks, or seasons) are generic. Some of them are specific and require a specific response. This one I’m in? This is the “dust” of a flurry of projects and responsibilities running concurrently. Most of them are not storms of my own making. They are moments and circumstances and situations with expiration dates that require my patient endurance as they play out. Weighty though they are, most are best conquered with waiting. Doing nothing, even.  Sometimes circumstances beyond our control will necessitate our sitting in the Valley of Perseverance for a season. Nothing to do but wait it out.

But the waiting proves us. And shapes us.

In Paul’s encouragement to first-century Christians dealing with pressures of faith, he writes that “suffering produces perseverance;  perseverance, character; and character, hope” (Romans 5:2b-4). Perseverance in Paul’s use of it is about handling pressure with grace. It is a solid biblical word that gives one the sense of a floor beneath the feet in confusing times. It is a prescription for allowing tough seasons to build character.

So I hear you, Holy Spirit: Hang in there. Wait. Don’t force things. This storm will pass. The dust will settle. The wind will blow. The light will shine. The batteries will recharge.  As with Opportunity, who sits on a far planet also under Your gaze, the call is to persevere, and to use this waiting to build character.

It is a good word, and a gift. I hear it. Give me courage and wisdom enough to let it form me.

Lord, give us wisdom and patience to wait out the storms, the dust, and the confusion. Give us grace to endure seasons in the Valley of Perseverance, so we can again draw strength from your light and move beyond this place.