Wesley’s Christmas Question: Have you faith in Christ? 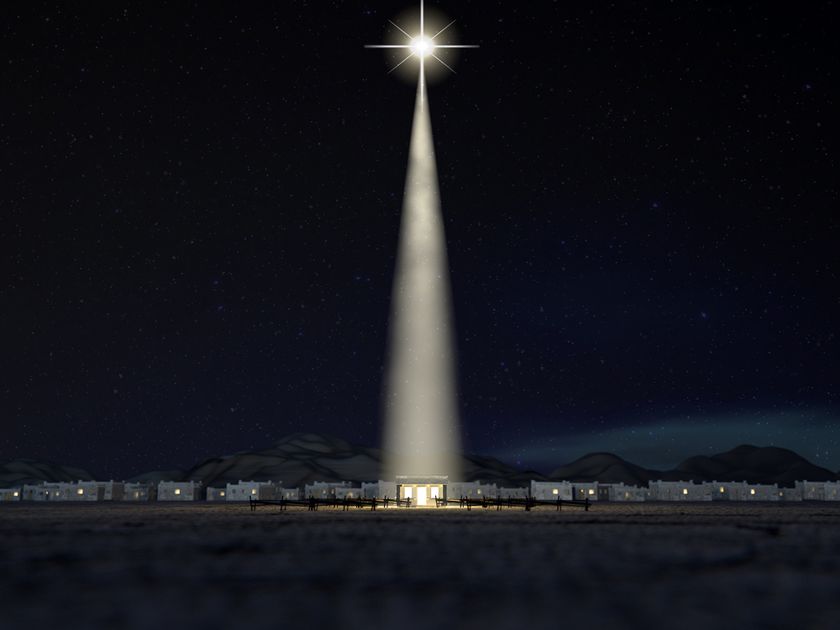 (Today’s post is excerpted from The 19: Questions to Kindle a Wesleyan Spirit.)

Have you faith in Christ?

What a bold question! This was the first question John Wesley asked of all ordinands in the early Methodist movement. It is an especially bold introductory question when you consider that his nineteen questions for those planning to give themselves to vocational ministry were designed as gatekeepers for potential preachers. Even with leaders in the movement, Wesley began with the most fundamental question of salvation: Have you faith in Christ?

I suspect Wesley knew human nature. He knew that even the best among us can fake it in ministry and do a lot of damage in the process. As much as we’d like to trust that every person who expresses a call to ministry is full of faith and passion for Jesus, experience tells us there are far too many stories of burned out pastors drowning in crises of their own making years into their ministry. Faith in Christ is not a “gimme” for men and women who preach it; and without it, ministry is nothing more than clanging cymbals or a noisy gong.

Read the question again: Have you faith in Christ?

There are two operative words here: faith and Christ. Let’s look closely at both of these.

Faith is not the absence of doubt; it is the presence of trust. Faith says that whether or not I understand all the details, whether or not I can comprehend all the theology, I will begin to follow and let assurance come as it will. In that way, faith is self-giving. It is an expression of love toward the object of my faith that takes me beyond myself.

Faith binds us. The story of Abraham and the near-sacrifice of Isaac is known in Judaism as the Akedah, a Hebrew word that means “binding.” The word comes from Abraham’s act of binding Isaac before placing him on the altar. There is an immense display of trust and obedience in this scene. A man goes beyond reason and lays down on an altar what he loves most, while a son trusts his father beyond what he can see. This is the essence of faith. It is a different kind of knowing. Some things only make sense if the path from A to B comes off the page and makes contact with the character of God. If this is true, it means there is another dimension of seeing that makes our world make sense. I want to call that dimension the dimension of faith, and I believe it is a higher form of knowing.

But of course, Wesley is not asking us to have a generic faith with no concern for its target. “Have you faith in Christ?” he asks. This is the mark of a Methodist: Faith is the life of Christ living itself out in me. To trust in Christ is to believe who he himself claimed to be: the way, the truth and the life. He claimed to be the singular path to the heart of the Father and did not give us another option. To be Methodist is to believe in Jesus as redeemer of the world. Jesus, who we believe to be the Son of God, gave up His place as God to become a man and lived a sinless human life. He was and is all God, all human, fulfilling hundreds of prophecies written hundreds of years before he came. Isaiah 53 says it was the will of the Lord to crush him. Isaiah 61 tells us the Spirit of the Lord was upon him to bring good news to the poor, to bind up the brokenhearted, to proclaim freedom to the captives, and to open the prisons of those who are bound. As Isaiah prophesied, Jesus healed sick people, gave sight to blind people, raised a few dead people, and fed a lot of hungry people.

Jesus ate with sinners. United Methodists were the first ones to add that line to the liturgy of our Eucharist. It matters to us that Jesus was that kind of Messiah. He lived a thoroughly compassionate life and the whole time, he talked about the Kingdom of God and about how in the Kingdom we are forgiven our sins and made holy. Then Jesus became the sinless sacrifice that makes us holy. Because he’d lived this sinless life, he became what they called in the Old Testament system of sacrifices a spotless lamb. Jesus gave himself to this. He allowed a group of men who were against everything he stood for to arrest him. They accused him of blasphemy because he claimed to be God.

Have you faith in that Christ?

In the world of meth users, tweaking is a thing. That’s the term users use for the frantic and compulsive behaviors that tend to surface when you’re strung out on meth. Tweaking is obsession with an activity — any activity — like cleaning or searching through drawers or picking the skin off your face or cleaning tools in a toolbox. A user will become obsessed with making some thing perfect, which is insane since even if he gets it perfect he is still a meth addict.

We all tweak, often as a way of avoiding big projects. My house never gets so clean as when I have a writing project to finish. Maybe you can relate.

It makes me think of the Samaritan woman Jesus met at the well, the one who tried to press him into a discussion about where real worship happens. “On this mountain or that one?” she asked, to which he replied (in effect), “I’m not sure it matters for you. Until you deal with the fact that you’ve been married five times and are living with a guy now, what’s it matter where worship happens?”

That was one of those days Jesus answered a question with a question.

And I can hear him now, in a season frantic with to-do lists that leaves us  exhausted on this side of it. “What does it matter if the food was perfectly prepared or the gifts were perfectly wrapped, if your heart is not abandoned fully and exclusively to Christ?” What does it matter how we presented ourselves if our hearts weren’t generous toward others?

In other words, until you have faith in Christ, everything else is tweaking.

Have you faith in Christ? Because your answer to that question matters long before you answer any others.