What a woman wants in a man 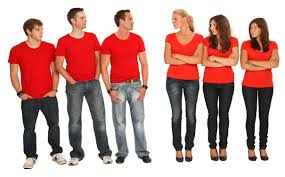 On this Mother’s Day, it seems appropriate to run this one again as a gift to all the women who read artofholiness, with the hope that it will be read by all the men in this community of readers. This post was written in response to an online poll about what women are attracted to in the men they love.

What a cheeky title for a blog post … like I know or have authority to speak for all women everywhere. In fact, I don’t. But I shared a few thoughts recently with my Facebook community about what I believe makes a good man and husband* and invited others to chime in. The women in my circles, as it turns out, have very strong opinions about men. They don’t speak from a place of desperation; to the contrary, their comments reveal a hunger for men with strong character, faith and commitment to family.

So, at least according to my limited circle of friends, what makes a good man?

1. A good sense of humor
The ability to laugh is so important to building health and trust into a relationship. To laugh at oneself and in loving ways with one another (not making fun, but sharing joy) is a mark of emotional maturity. Be clear on this: a good sense of humor is not limited by an ability to tell a good joke. It reflects a creative mind, a spirit of adventure, a willingness to play.

2. A mature spirit
Don’t mistake playfulness for immaturity; it is actually a mark of spiritual freedom. The real “playas” in this world are emotionally responsive — unbound by shame, fear or defensiveness. Mature men are compassionate, good listeners, gentle yet strong. Honorable and transparent. In biblical times, the mark of a good man was one who was respected in the marketplace. That hasn’t changed.

3. A man who knows who he is
Several women who responded to my Facebook post mentioned their desire for a husband who is confident without being arrogant. Godly women appreciate men with courage enough offer an opinion without anger, who lead when leadership matters, who listen without caving, who protect without controlling.

4. A biblical worldview
Over and over, the women in my circles mentioned the ability to prioritize as a key to strong character. “God first, family second, all else comes next.” In other words, women like men who think and live biblically. We like givers — men with a missional heart, who are concerned for the needs of others. Men like that tend to inspire the people around them. And connected to that spirit of generosity is an ability to say “thank you.” Often.

5. Unafraid to pray (and worship) in public or private
Women like a man who can stop, drop and pray. Hold her hand while you’re praying or better yet, let her find you praying on your knees. Why does praying matter? It reveals what’s really inside. Women in my circles love a man who loves the Lord.

6. Disciplined
As one woman put it, “laziness is not sexy.” Women like men who work hard, who know their responsibilities and fulfill them, who understand their role as providers. Discipline breeds integrity. Disciplined men know how to stand by their word. Their yes is yes and their no is no. You can trust their follow-through, and that breeds trust. Without trust, you’ve got nothing.

7. Able to see a big picture
A man with his priorities in order is free to dream. He isn’t so focused on immediate concerns that he can’t pitch a big vision for his life and family. He is ready and willing to make a difference in the world; he isn’t stymied by fear.

8. Wants more for his life than simply to be a provider
Good family men are so much more than guys who know how to make money and babies. They have a passion for raising up children with strong character, who want to model for their daughters what a good husband can be and for their sons what a good father acts like. And good men take initiative. Women aren’t generally drawn to men who still have to be told to help around the house. Real men change diapers. Real men clean.

9. Has a servant’s heart
To understand true humility we must first understand pride. Pride and self-hatred are related and often manifest as false humility. A person with inadequacy issues or a lack of self-respect will be overly focused on himself. He will be self-conscious and self-defensive. Humility, on the other hand, is related to self-acceptance. One who accepts himself no longer has to focus on himself. He is free to be fully present to others. What a great quality to find in a man! This is someone who listens well, who learns from every conversation, who isn’t waiting for you to finish talking so he can tell you what he knows. He is an encourager who loves mercy and seeks justice. He offers to open the door not because he is a chauvinist but because he prefers to serve others. Humble men are the opposite of weak; they are unafraid to take a stand but do so for all the right reasons.

10. A good lover
I need to note here that in the dozens of comments I received from my Facebook query, not one woman mentioned sex. At least, not directly. Not the way men tend to talk about it. This doesn’t mean it doesn’t matter to women but that it is packaged differently. Women are intrigued by kindness and vulnerability and most notably, women want to be pursued. One of our core needs is to be treasured. This is reflected in the biblical narrative. Read Song of Solomon and watch the joy generated in that pursuit. Women who feel wanted — not needed, but wanted — are inspired toward passion by someone who understands how to pursue a relationship with intentionality.

Paul encouraged the Ephesian men to aspire to mature manhood (4:13). Of course, no human being can hit on all cylinders all the time, but men who pursue the deep things of God will end up connecting more successfully with the women in their lives.

*I am sharing, of course, only out of my own experience, having been joyfully married to a really great man for nearly thirty years.