Are these Mark Driscoll’s best days? 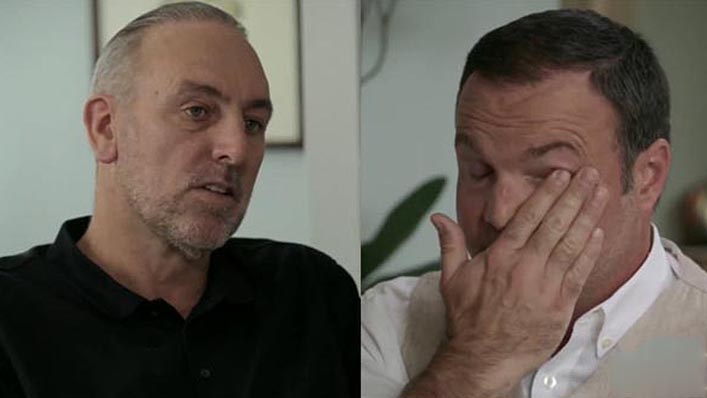 What we need is a death worthy of repentance.

We believe in a God of Second Chances. Forgiveness is the centerpiece of our gospel; repentance is our response. For real repentance to happen, there has to be a death to self. There is more to it than just saying, “I did it.” At its heart, repentance is God-focused, humble, broken, confessional, unashamed, open to change, non-defensive. In short, something has to die.

When I recently watched Brian Houston’s interview of Mark Driscoll, taped nearly a year after his resignation from Mars Hill, I looked for signs of that kind of repentance, the kind characterized by a death. After all, this is a man with whom I have disagreed deeply, not only on theological issues (he is Reformed; I am most definitely not) but also behavior.

Driscoll’s approach to ministry and life has been just about everything I stand against. He seemed (and indeed, by his own account, was) deeply controlling, misogynistic, ego-driven and opportunistic. In his salad days, he talked too much from the stage about beer-drinking and sex. He cussed. He bullied. He over-dramatized the need for more testosterone in church, and under-emphasized the role of holiness (both serious understatements).

There were plenty of things in Mark Driscoll that needed to die.

Some things Driscoll said, I had to agree with.  One of my favorite Driscoll lines had to do with singing “prom songs to Jesus” (“I’ll be happy when we have more than just prom songs to Jesus sung by some effeminate guy on an acoustic guitar … “). I agree that men are being largely left out of the current church culture, their interests being passed over for too-often feminized styles of worship and community. Driscoll has argued that the American church is missing the mark on offering a fair account of the good news to men, and I would agree.

I also have to admit appreciating his tough talk on small churches who like to think they are small because they “got it right” (“This generation can be a whiny bunch of idealists getting together in small groups to complain about megachurches and the religious right rather than doing something.”). We are called to bear fruit. All of us. If our churches aren’t growing, it isn’t likely because we have the secret sauce, but because we don’t.

Everyone is a mixed bag and Driscoll is no exception.  In his worst days, he made a few good points.  And I would argue that now — a year after his ministry career imploded and nine months after his mega-church disintegrated — Mark Driscoll may well be in the midst of his best days.

In his interview with Brian Houston (see the first half of the interview here and the second half here), he seems genuinely reflective and at least from the appearance of it, repentant. I’m sure there is nothing like destroying your job, status and one of the largest churches in the country to make you think twice about your approach to things.

Rather than playing the victim, Driscoll addresses the theological shifts he has made since his fall and doesn’t even attempt to defend most of the worst statements of his worst days (especially the explicit statements denigrating women). He admits that he too often operated from a place that was ungodly and immature. His wife agrees. We all agree. It is good to hear him say it.

In a word, Driscoll seems, at least in that one interview, broken. Maybe he is posturing to regain some place in the world of ministry. Maybe this moment is driven more by humiliation than humility. Either way, it is good to hear someone of his celebrity thinking again about how he acted when he was on top of the ministry world. I appreciate his willingness to publicly reflect on his past. I appreciate Brian Houston’s unapologetic but sensitive approach to the interview. It was a fine example of grace and truth.

This is what we’ve so often looked for in the stories of big-name Christians who get caught and admit wrong. We’ve longed for a spirit of Isaiah (“I am a man of unclean lips”), for a deeper understanding of Paul’s truth (we are free, but not free to do as we please).

What we want but so seldom get is a death worthy of repentance. Where Mark Driscoll seems to be digging deep for this, I’m grateful and inspired. He may still have miles to go, but at least he isn’t signing on for a reality show yet (note to Mark, should you read this: please resist). Instead, he is allowing a man he trusts from within our tribe to help him talk with some integrity  and transparency about his journey through the valley.

For that, at least, he should be applauded.