Hungering for the prophetic gift 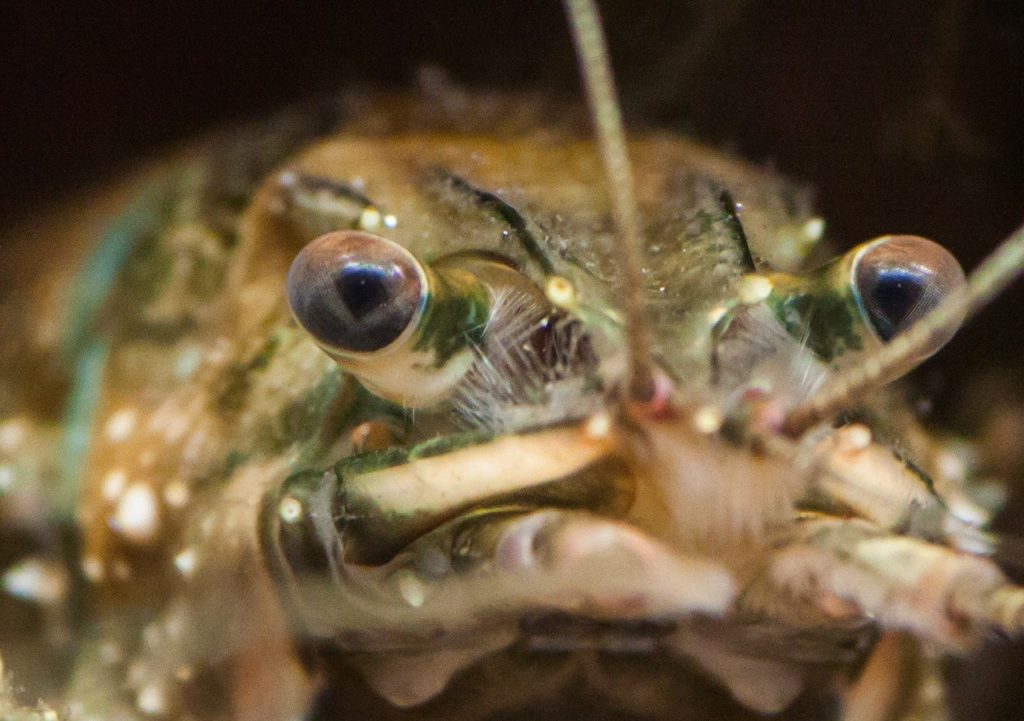 Lobsters see the world significantly differently than the rest of us. Our eyes process images by absorbing basically a thousand points of refracted light, then sending those images to the brain where they are synthesized into a single image. X-rays work in a similar way, but because x-ray waves don’t bend (unlike light waves) it takes a lot of waves hitting an object from different directions to get a full image. Hence, the size of airport x-ray machines.

Lobsters live at the bottom of the sea, in an almost complete absence of light. It would make more sense, actually, for them to be blind and dependent on other senses but they aren’t. Their eyes are designed to see directly into an object, focusing on a single point then directly interpreting the information gathered through dozens of tiny channels in their eyes. In other words, multiple bits of information aren’t outsourced to the brain, collated and re-introduced as a cohesive image; instead, the eyes have it.

And how lobsters see is literally changing the face of optical sciences.

You know that feeling of listening to someone and thinking they are foolish and irrelevant right up to the point where you suddenly realize they are brilliant and their insight is genius? I had that moment listening to a scientist talk about his life-consuming research of lobster eyes. Listening to his story, I thought (short-sightedly), “What a waste of a man’s time. Why isn’t he doing something to change the world, instead?”

And then, as if on cue, he said that what he was learning about how lobsters see the world is actually changing the way the world works. Studying lobster eyes, scientists have now developed an x-ray machine the size of a flashlight that can see, absorb and interpret an entire image with a single ray. This new technology can even “see” through three-foot walls, which means less radiation, less health risk, less cost.

Imagine what smaller, more portable machines might mean for global health. For airport security. For … all kinds of things.

And I had no mind for the implications of that guy’s research until I heard him make the leap.

I’m stunned by people with the creative vision to see one thing and somehow make the leap to something else much bigger and seemingly unrelated.

In this case, lobster eyes are both the story and the metaphor. How might my life change if I had that ability to see in the dark, to see a circumstance in my life not just for what it is but for what it can be? What if I had a better developed ability to look at current conditions and ride them out to Kingdom-oriented conclusions?

In Kingdom language, this is what we’d call the prophetic gift. Having it is a mark of maturity, and one I want to develop.

Preachers should be longing for, praying for, hungering after that prophetic gift. That is what any preacher worth his or her salt ought to want. Eyes to see what the Spirit sees.

May God give us — especially those of us who preach — the gift of Spirit-led eyes to see not just what is but what can be. May the God of Kingdom vision teach us a better way of interpreting our reality so our choices and messages lead to life, not death.

Lord, give us prophetic vision. Nothing else, and nothing less.