What is your 5%? (or, learning the risk of relevance) 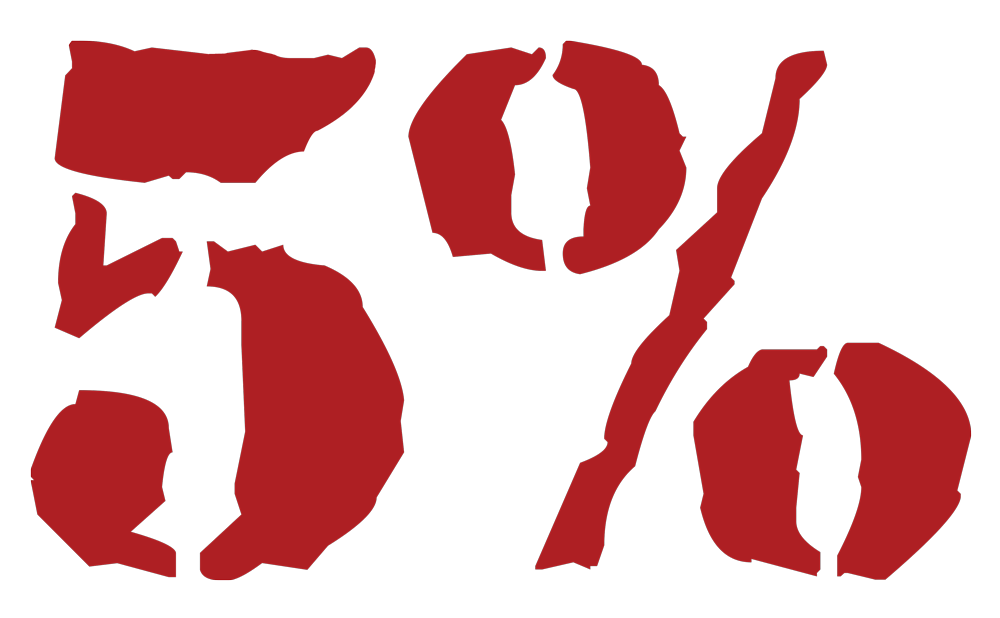 I learned this from Wayne Cordeiro: 80% of the stuff we do every day, anybody could do. Just about anyone could answer our phone calls, read our emails, hang out on our Facebook page.  Someone else could sit in our meetings or drive our car. These jobs, anyone could do. Another 15% of what we do could be done by anyone with a little coaching. Maybe they’d need a few pointers, but with a little help they could respond to our texts, fill out an excel sheet, run Adobe Photoshop, play an instrument. With some coaching, most anyone could handle at least 15% of what we do.

Cordeiro says the 5% is the part of our activity that will actually last. The rest of it, not so much. We will not have any sense of accomplishment when we reach the end of life and think back on the boxes of paperclips we purchased at Staples or the laundry we folded (Lord, no). But that last five percent? That’s that part we’ll remember. That’s the part they’ll remember. That’s likely the part we’ll be held accountable for. That’s the part that gives life, rather than sucking the life out of us.

That’s the part that will make a difference.

I’m convinced that the 5% happens only under the Lordship of Jesus. One of my Facebook friends wrote this line recently and it resonates: “Eventually, you have to risk and participate in the situations that call you to trusting obedience.” Yes. Eventually, we have to risk the trivial stuff and the things no one will remember and the busy work and the things we can control for the sake of the risk — the subversion — of trusting obedience.

The work we do at Mosaic of seeing addicts delivered and lost people redeemed, of seeing broken people healed and lonely people embraced is glorious work. That is in our 5%. We are uniquely gifted for the work of loving those who live in the margins. There are a lot of other things we don’t have to do, but we do them because we are fallen people with distorted views of what success looks like. We do them because we are broken people who lean too heavily on ambition and not enough on trusting obedience. We are working on righting that wrong. We are trying to figure out our 5% because we want to be the kind of church that focuses on what will last.

So how does a person get out of the tyranny of the 80% to focus more on the 5%? Here are some things I’m learning as I adjust my life toward the risk of relevance:

Brother Lawrence learned this lesson. He was a monk with a pretty simple approach to life. He spent his days practicing the presence of God — sitting in the chapel in God’s presence, peeling potatoes in God’s presence. He learned that even menial things could be an act of worship and  an opportunity for spiritual connection with the Father. The key is intention, not passivity. For those of us who prefer physical motion to stillness, the challenge is to choose activities like walking that free up the mind and spirit to be in conversation with God.

Prioritize. Given that no person has more than twenty-four hours in which to work, prioritizing is a key. Which things am I doing that no one else can do? Which things pour into the lives of other people?

The golden word in the work of prioritizing is the word, “no.” Marva Dawn says that “no is a freedom word.” I can’t say yes to the things that are in my 5% until I say no to some that are in my 80% (or worse yet, that belong to someone else altogether). Prioritizing is about listening for God and consciously obeying his voice.

Focus on character, not accomplishment. Character is like an iceberg. Some of it may be above the surface, but most of it is developed beneath the surface. We tend to like doing the things people can see and congratulate us for, but the things that last most likely live in the unseen realm.

Steve Seamands says this about David, the man after God’s heart in the Old Testament. Seamands notes that before he became a warrior, David learned to play a harp. Before he was lauded for his bravery he was a worshiper. “This is always the order in spiritual warfare,” Seamands says. “First, we ascend into worship, then we descend into battle.” Focus on character, not accomplishment, because character will lead us toward the 5% every time.

And that 5%? That’s on me. That’s my responsibility.

What part is yours? What part has God uniquely designed you for? The other 95% doesn’t carry much eternal weight if the 5% isn’t there.