Which voice do you listen to? 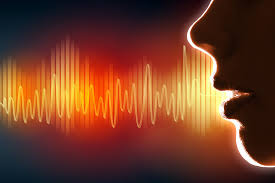 Two years after the Israelites were delivered from slavery in Egypt, they stood with toes touching the border of the land God promised them. Two years after they’d walked out of Egypt, the silver of the Egyptians clinking in their backpacks, they stood on the brink of God’s best.  They’d seen waters part and enemies drown.  God was intimately involved with their lives.  They knew him.  They followed him.  And just two short years after packing up and moving out of bondage, there they stood on the verge of greatness, Yes, there were vicious armies and untamed wilds on the other side of that border but they had smoke and fire blazing their trail.

Then it happened.  Human nature kicked in.  They became more cautious than optimistic.  There at the edge of God’s plan, they sent twelve spies into that question mark of a promise to check things out.   When the spies came back ten of them said, “Don’t do it!  It is great real estate, but the people are giants.  We will all die if we go over there.”  The majority report was full of fear and trepidation.

Only two of those twelve spies — two young men named Joshua and Caleb – saw more possibility than problems.  “I think we should do this,” they challenged. “This is God’s land and God’s fight.  Let God defend us!”

The people did what people mostly do.  They heard the voice of fear over the voice of potential and it cost them dearly.  That day, God turned them back from the border of promise. He sent them out into the wilderness again where he promptly promised that not one of their generation would see the land flowing with milk and honey. Fear would not be woven into the DNA in his chosen people, not if he had anything to do with it.

So the people got in the wilderness what they were most afraid of getting in the promised land.  They were destroyed by their own choice. For thirty-eight years they wandered like dead men walking before another generation found itself toe to toe with God’s purposes.

I wonder if most of that first generation even knew how close they were? I wonder if, way down the road, some of them sat around campfires and wondered aloud, “What do you suppose would have become of us if we’d listened to Joshua and Caleb? How do you suppose it would have turned out?” Did they even stop to think about it as they poked their fires or packed up their tents yet again or held their cups beneath water flowing from rocks?

Or did they even think that deeply? Did they assume, like most people, that what they had twenty or thirty years out from that decision was all there was? Did they ever stop to imagine more than mediocrity punctuated by death? Or did they simply go about their lives, making grocery lists, making beds, making do, making a living?

I wonder, knowing I am an Israelite myself. I peek over into spiritual promises and my little internal band of spies reports back, “That’ll never work for you,” and I listen to those voices of fear or laziness and I miss out on so much good stuff that way. Who knows how long I’ve wandered, unconscious of the promises I’ve turned down, while God in his mercy determines to kill off all in me that reeks of fear?

Who knows what promises I’m toeing now as I poke my fires, count my money, check my phone and absent-mindedly get back to what I know?