The shoulders on which we stand 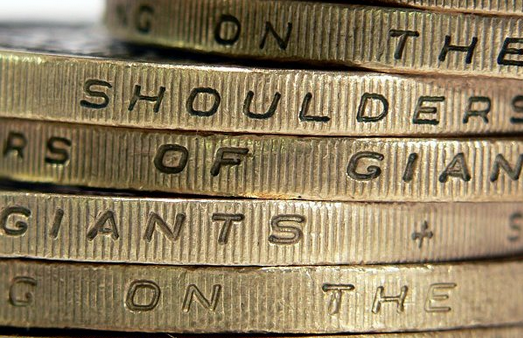 Some of history’s more interesting Christian movements have been initiated by women. Consider these ten women, some from within the Methodist movement and some from beyond it.

Aimee Semple McPherson (1890-1944) was the founder of the Four Square movement. Myrtle Dorthea Beall (1894-1979) started Bethesda Temple in Detroit. According to the Victoria United Methodist Church website, Barbara Heck (1734-1804) was the designer of John Street Methodist Church in New York and a planter who established congregations in both New York and Canada.

Margaret Fell (1614-1702) opened her home to many traveling evangelists, including George Fox, whom she later married and joined as a partner in developing the Quaker tradition. Because she would not take the “oath of obedience” to the King of England, Fell was imprisoned twice. During her first incarceration, she wrote a pamphlet entitled, “Women’s Speaking Justified, Proved and Allowed of by the Scriptures, All Such as Speak by the Spirit and Power of the Lord Jesus And How Women Were the First That Preached the Tidings of the Resurrection of Jesus, and Were Sent by Christ’s Own Command Before He Ascended to the Father (John 20:17).”

Hannah More (1745-1833), far ahead of her time in her social activism on behalf of girls, was a playwright who taught Methodism and started new schools for the education of girls. Mother Teresa (1910-1997) began a social justice movement that spanned the globe, leaving four-thousand sisters as her legacy upon death, along with hundreds of others who served as monks, Fathers, lay missionaries and volunteers.

Several husband-wife teams birthed significant movements. Phoebe Palmer (1807-1874), Catherine Booth (1829-1890) and Hannah Whitall Smith (1832-1911) all capitalized on exceptional partnerships with their husbands. Palmer and Booth were both Methodists who defected from that movement to start their own. Catherine Booth was the co-founder with her husband William of the Salvation Army. Palmer is known as the Mother of the Holiness movement, having started a prayer gathering in her home that spawned gatherings like it around the country. Palmer was also the founder of New York’s Five Points Mission. Smith and her husband were prominent leaders in an interdenominational movement, though she was definitely the more well recognized and received of the two. Hannah Whitall Smith went on to become a writer, her most widely read book being The Christian’s Secret to a Happy Life, which sold two million copies initially and is still in publication today.

John Wesley found himself conflicted by the direction his movement should take. Officially, he asked women not to preach or lead men. Unofficially, however, he encouraged them to organize class meetings, teach in those meetings and conduct evangelism. Raised by a strong and outspoken mother, Wesley was never able to embrace a complete ban of women from the pulpit. He would say they ought not preach except by “an extraordinary impulse of the Holy Spirit.’’ Nonetheless, Methodist women found it difficult to be constrained. In 1787, Wesley would bless Sarah Mallet (1764-1846) to preach as long as “she proclaimed the doctrines and adhered to the disciplines that all Methodist preachers were expected to accept” (UMC website). Long before the more recent vote in the Methodist Church to ordain women as pastors (According to the United Methodist Church website, the Methodist Church gave full clergy rights to women in 1956, when Maud Keister Jensen was ordained an elder), women were actively preaching the gospel and extending the movement called Methodism.

My favorite? This one: in 1866, Helenor Alter Davisson (1823-1876) became the first woman to be ordained a deacon in the Methodist Protestant Church in America. Her journey toward ordination began in 1863 when she was recommended — over some objection — to the Indiana Conference as a candidate for ministry, at which time she was considered fit to preach the gospel “or at least a small work.” Ordained or not, Davisson had already proven herself capable of bearing fruit for the Kingdom. Together with her father, the Reverend John Alter, she traveled by horseback as a circuit rider through Indiana, planting a Methodist Protestant congregation in Alter’s Grove. A second congregation was planted in the Barkley Township, making the first woman to be ordained in the American Methodist Church also the first woman to plant a church.

Be encouraged (and at peace), my sisters. It is in the DNA of Methodism to raise up women who preach the Word.